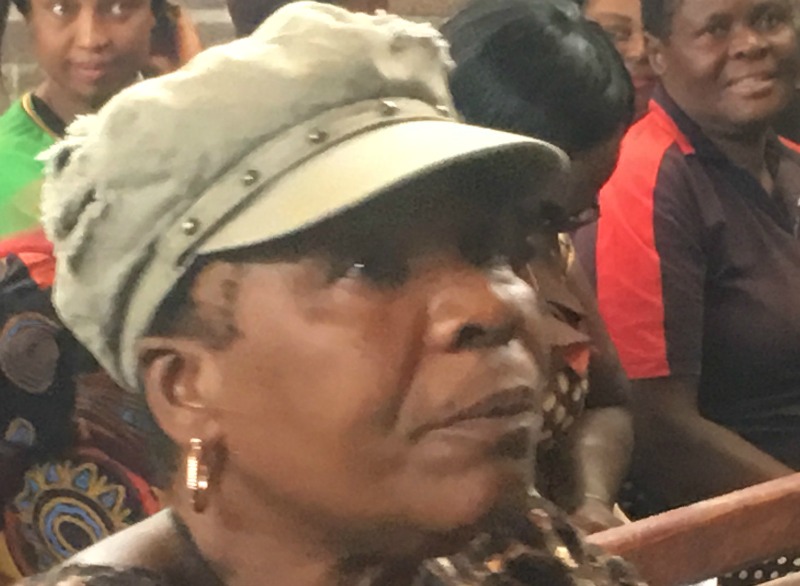 SIXTY-EIGHT year-old Anna Pint says she has retired from decades of sex work in Chivhu but keeps being pestered for unprotected sex by far much younger men.

While age may be a put off for most men who prefer younger women for sex, hers is a different story as men come to her for skills she has mastered over the years in entertaining clients.

“I often get called through my phone by old and new clients who miss my top class services. Even the young boys scramble for me,” she told NewZimbabwe.com during a recent visit to the Mashonaland East area.

Apart from her abilities to mesmerise sex starved men who scramble for her services, it turns out the profession has also helped her sharpen the sly side of her character.

Pint says she often lies to clients that they would be enjoying unprotected sex with her when infact, she would be wearing a female condom which she says most men can hardly feel during intercourse.

“I am even getting more money than I used to when I was into sex work full time,” she boasts.

“I wear the female condom hours before I indulge in sex. I then lie to men who demand unprotected sex for which I get paid more. Some men can’t even tell the difference as most of them would be drunk at the time.

“The highest that one can get for unprotected sex here in Chivhu is $20 which is far much better than the $3 or $4 per round that is charged.”

Pint does not end there in duping her clients.

She says she has managed to dupe one of her clients into believing that she fell pregnant during one of her romps and the man has been diligently paying towards the upkeep of the child.

“One of my ex-boyfriends is paying me money towards the maintenance of a child who doesn’t exist,” she says and laughs about her cunning behaviour.

“We once had unprotected sex and I lied to him that on that very day, I fell pregnant.

“I even sent him the picture of my grandchild telling him it is his son and he has believed it to a point of sending $80 every month.

“When I told him first time, he was clear with me that he did not want the matter to go to court while saying that he is a respected family man.”

But apart from her little windfalls she gets from unsuspecting men, the now HIV positive sex worker says life in the world’s oldest profession has not been easier.

Pint says after almost four decades of eking out a living through selling her body, she still has nothing to show for her industry apart from taking her children to school.

“I managed to send my two kids to school and one of my children is into craft work and he is the one who once gave former First Lady Grace Mugabe a wooden crocodile at Featherstone, that’s my first born,” she says.

She says she joined the profession when she divorced her husband in 1980, a time she suddenly found herself penniless with two children looking up to her for their upkeep.

As she enjoys her semi-retirement from her profession, Pint says she was now selling boiled eggs, cigarettes and condoms to revellers at various taverns in the small town.