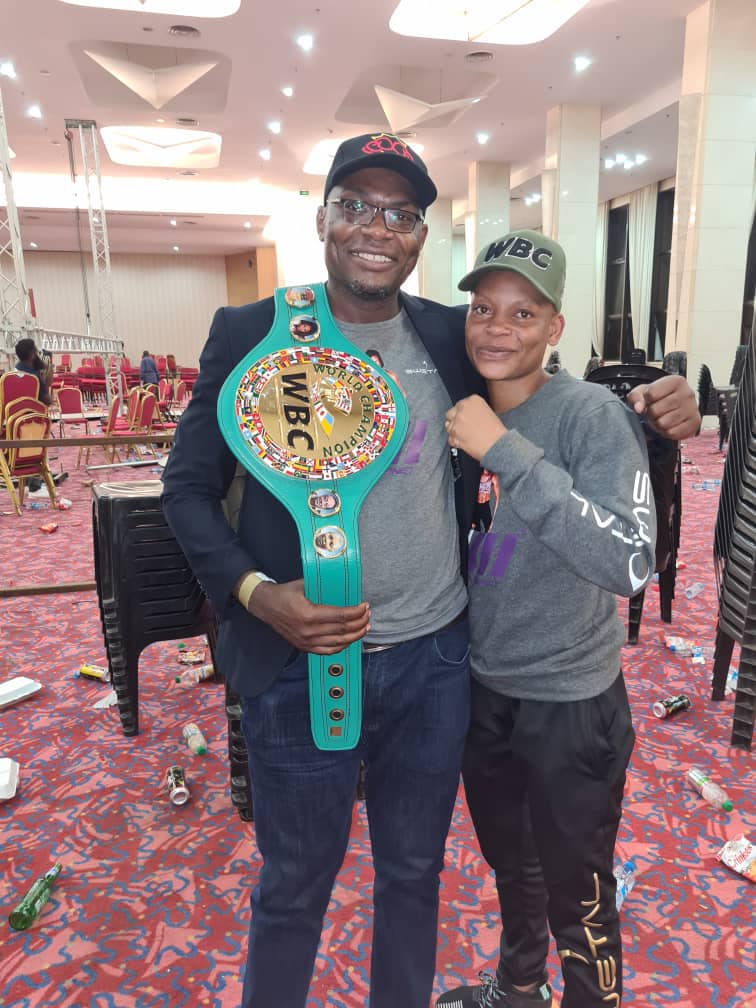 The talented female pugilist, who is affectionately known as “Take Money” boxing put on a brilliant show to defeat veteran Zambian boxing star Catherine Phiri by a split decision after 10 gruelling rounds of boxing action at the Government Complex in Lusaka, Zambia.

According to reports from Zambia, Chiwandire totally outclassed her much older opponent with some devastating combinations especially towards the end of the bout as Phiri was tiring.

After the fight Phiri, who is also a Zambian army officer, was reportedly admitted to a military hospital in Lusaka after suffering continuous bleeding and a swollen face.

However, her management team have described her condition as stable.

The 26 year old Zimbabwean boxer said  she is optimistic of going far in her career after accomplishing such a huge task away from home.

“I feel so excited grabbing this WBC title because I was up against an experienced fighter who has won so many belts.  She finished all the rounds but she was tiring because she is now old and can’t stand against me. Look, I’m 26,” said Chiwandire.

“They said she lost by a split decision but it was just to comfort her. I outclassed her. She is now old.”

She became the first Zimbabwean female boxer to win such a prestigious WBC title. Chiwandire who is also a talented footballer, was accompanied to Zambia by her manager Clyde Musonda of Deltaforce Boxing Academy and trainer Simon Sangulani.