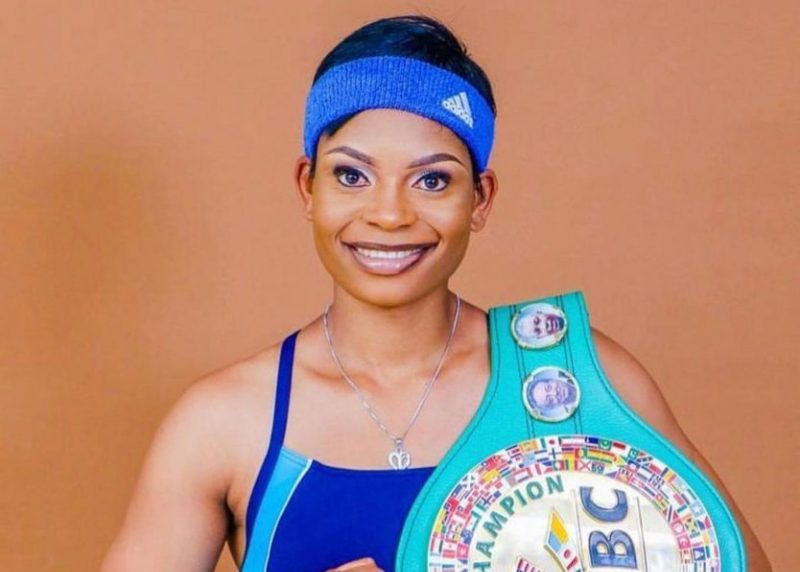 The victory took Chiwandire one step closer towards challenging for the WBC super bantamweight gold title, which is in the hands of Yamileth Mercado, also of Mexico.

Chiwandire, who is popularly known as ‘Take Money’, knocked down her opponent in the fourth and fifth rounds and ultimately won a unanimous decision after 10 rounds.

Buoyed on by a huge crowd, Chiwandire dominated the first five rounds with perfect combinations and pinpoint uppercuts as she gunned for a knockout.

The experienced Munoz fought back strongly, especially in the seventh, eighth and ninth rounds but Chiwandire held on for an impressive victory which takes her record to six wins, two losses and one draw from eight bouts.

Take Money walked away with the US$20’000 purse money whilst the Deputy Minister of Youth, Sport, Arts and Recreation Tino Machakaire pledged an additional US$10,000.

Chiwandire also bagged another US$1000 which had been offered by South Africa-based leading funeral and repatriations service provider Zororo-Phumulani ahead of the fight.