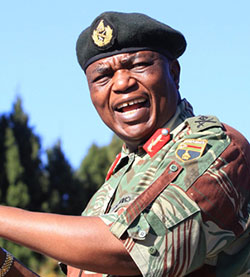 MY youthful soul bled profusely after my cousin had landed at Manyame Airbase in Harare badly injured and precariously close to his last day on earth. My troubled and hapless spirit experienced a thousand deaths when Arthur died at The Avenues Clinic in Harare from internal injuries sustained in a war zone.
Arthur forever remains one of my unsung superheroes. The last time I saw him alive – I never said goodbye. Because he never made it back from the DRC war as the 29-year-old man who had left his homeland brimming with limitless energy and boundless hope for the future. He never returned home as the cheerful brother who loved to have cold beers and salty roasted offal dishes for lunch on Sunday afternoons in Glen View One. He never returned home from the regional conflict as the man who loved action films and African music.
He returned from the war unable to breathe properly and passed on after lying in a medically induced coma for about one week. I remember the day he died vividly. It was a normal Saturday morning. Yet in one heartrending moment – life froze for an eternity when I received news of his unfortunate demise over the phone – and I have endured immeasurable agony since then.
Yet nobody recognised this sad milestone of his. Life went on. Arthur had breathed his last so that power hungry kleptocrats in Kinshasa could later on smother the democratic and social aspirations of millions of peace-loving Congolese citizens. Arthur had moved on from this beautiful life so an unelected Joseph Kabila and his cabal of brutal securocrats can ably defraud the Democratic Republic of Congo of precious rare minerals and natural resources. Arthur had left his four-year-old son behind because he had represented Zimbabwe and perished under the authority of General Constantino Chiwenga.
I never blamed General Chiwenga for his death. I simply mourned Arthur as best and as manly as I could under the circumstances; I drank myself silly every night for about one month. And although he was not declared a hero by any eminent person or political body – all he had accomplished prior to his premature death was certainly heroic in my book.
He had joined the Zimbabwe National Army as an artisan because he could not land a private sector job in an economy that had long failed to create enough jobs for thousands of graduates from technical colleges and universities around Zimbabwe. So, the three years Arthur had spent becoming a qualified electrician at Mutare Polytechnic College prepared him for a brief and fatal career in the army. He had however, completed his military training in Bulawayo with fantastic enthusiasm for his chosen profession and served his homeland well. He became that essential hero that Zimbabwe loves to overlook.Advertisement