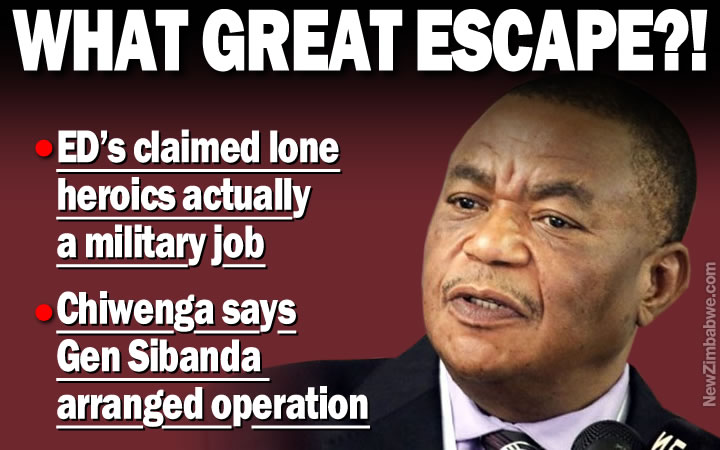 VICE President Constantino Chiwenga on Sunday let the cat out of the bag, revealing the military was behind President Emmerson Mnangagwa’s much talked about escape into brief exile last year.

Mnangagwa escaped to South Africa following his sacking from government by then President Robert Mugabe.

The Zanu PF has painted a heroic escape into Mozambique with the assistance of one of his sons but never talked about the military hand as Mugabe’s goons reportedly closed in on him ostensibly with a view to assassinate him.

Two weeks after his sacking the military then under Chiwenga’s command placed Mugabe under house arrest triggering Zanu PF and parliamentary processes that forced the then President into resignation.

Mnangagwa returned to take over in dramatic circumstances.

But Chiwenga in his eulogy to Commander Defence Forces Genera Philip Valerio Sibanda in Gokwe provided another part in what remains a jigsaw puzzle.

“We are here to celebrate the life of Mbuya maNcube who is a heroine in her own right. From her womb came heroes like General Sibanda. 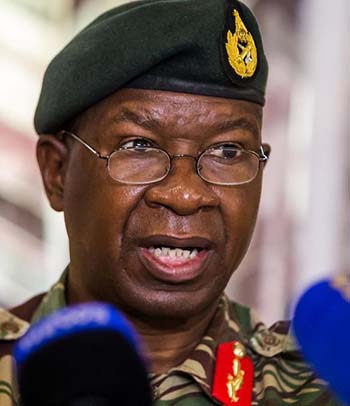 “Today I want to say something I have never told anyone, a secret that has been kept between me and General Sibanda. General Sibanda is truly a brave hero,” Chiwenga said.

He added: “When the then Vice President (Mnangagwa) was fired from government in November last year I was in China on national duty.

“General Sibanda called me to advise me of the sad development. I told him Cde Mnangagwa’s life could be at stake, please make sure he is safe.”

Chiwenga’s revelations seem to suggest the military had long planned Mugabe’s departure probably predicting he would sack Mnangagwa before it pounced.

“General Sibanda is the one who orchestrated our President’s escape through the Mozambique border and he sent two soldiers one of them had no passport.

“They managed to safely whisk him away through the border and left him in Mozambique. They came back using the same border,” said Chiwenga.

And then the plan kicked into operation: “When I came back we sat and insisted we want this to be a peaceful operation. Sibanda coined the name Operation Restore Legacy.”

After initially agreeing the military action was constitutional, Mugabe later made a volte face describing the intervention as a coup against his government.