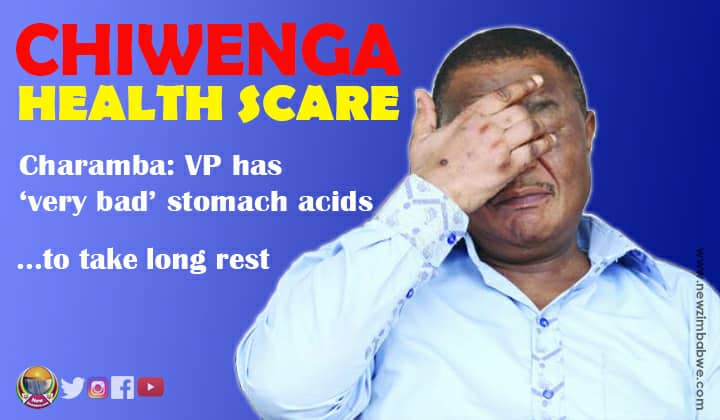 Chiwenga, who was revealed he had a skin ailment, was airlifted to South Africa last week to receive treatment for what Charamba seemingly limited to the aftermath of injuries sustained during a mysterious blast in Bulawayo June this year.

A visibly spent VP, once said to have vomited during a cabinet meeting, returned home Tuesday. 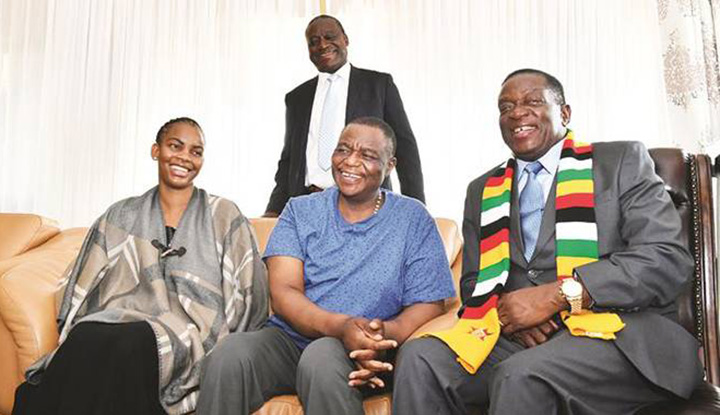 Mnangagwa, who visited the VP at his home Wednesday, had assigned Health and Child Care deputy Minister John Mangwiro to accompany his deputy to South Africa.

But in interviews with state media, Charamba revealed Wednesday one of the country’s most powerful men would be away from his duties for a while as he nurses a recurrent health problem.

“The VP had developed acids in his stomach that were reaching the small intestines. It was very bad. I think his system was producing too much of hyaluronic acid in the stomach,” Charamba said.

“Ordinarily, you would need it as the first line of defence against bacteria, but in his case I think secretion of acid was just too excessive to the extent that it was starting to attack stomach linings.

“Apparently, you have to give it time to allow internal body tissues to heal both large and small intestines were attacked. But he must also remain calm and rested to make sure that there is no relapsing into excessive secretion of the acids in the body. He is on a special diet because of the delicacy yemudumbu mavo (in his stomach).”

Earlier during the week, Charamba told the media the country’s second in charge had chosen to defer treatment for the life threatening condition because he wanted to be physically involved in campaigns for the July 30 elections.

At the time, Chiwenga was not running for any particular seat as his job as VP was almost sealed by his brave step to mastermind former President Robert Mugabe’s November ouster in place of his then deputy, Mnangagwa.

Charamba has not explained why an election campaign that was handled by a lot of party leaders and functionaries required the physical presence of the VP at the expense of his personal health.