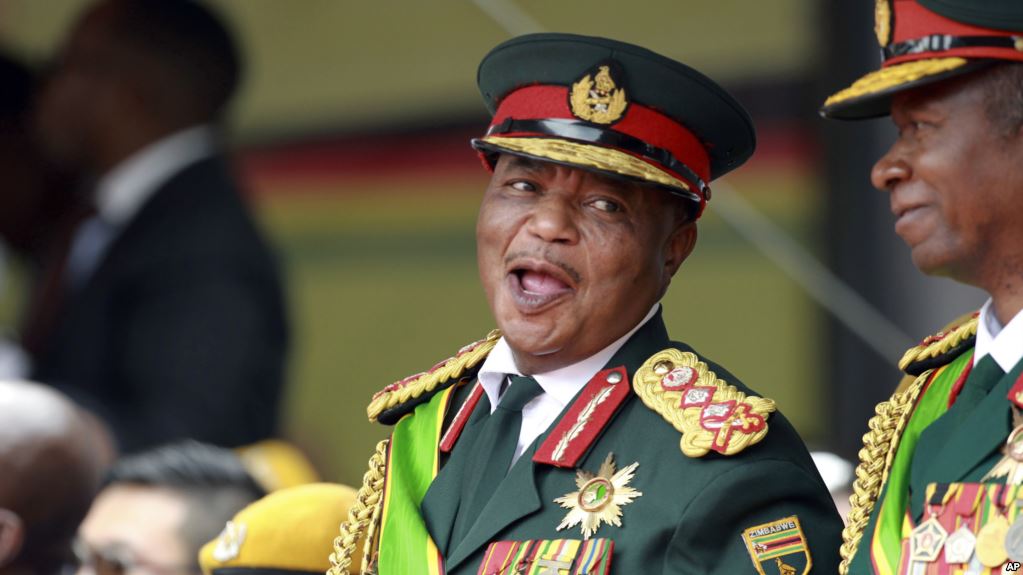 Vice President Chiwenga’s visit to Lusaka comes soon after Mnangagwa’s trip to Zambia as part of his diplomatic offensive around Africa since his dramatic rise to power last November.

Reports said “Chiwenga was in Zambia on special duties on behalf of President Mnangagwa” and quoted Lungu confirming the meeting with the “enforcer in chief of the fall of Mugabe”.

“I met Zimbabwe’s Vice President Gen. Constantino Chiwenga at State House when he paid a courtesy call on me earlier today,” Lungu was quoted saying.

He added: “I wish to reaffirm my government’s commitment to enhance relations and cooperation with Zimbabwe for the mutual benefit of our people.”

Lungu, on coming into power on an interim basis four years ago, visited Mugabe in Harare ahead of the elections that confirmed him as elected president and boasted that he was “learning a lot from Mugabe”.

However Lungu was one of the first African leaders to accept the November coup which ousted Mugabe and congratulated Mnangagwa.

Apart from Zambia, Mnangagwa has been to South Africa, Botswana, Angola, Mozambique and the Democratic Republic of Congo. He has also been to Davos where he met Western leaders.