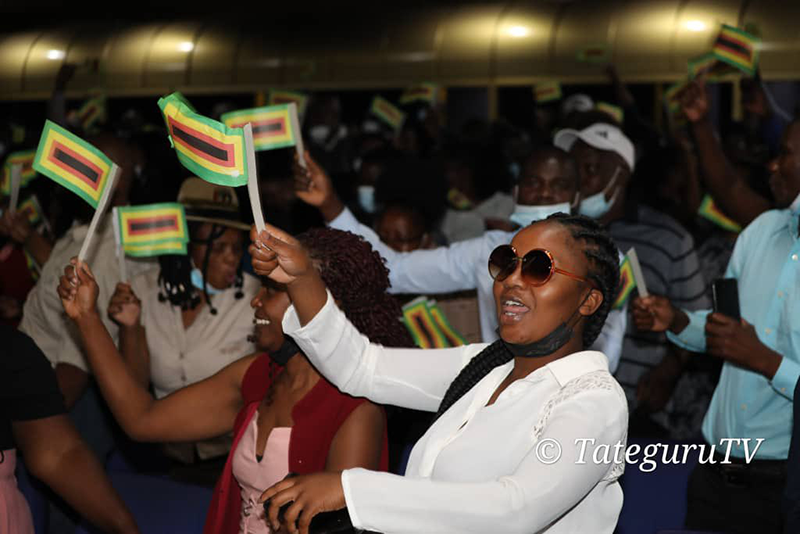 By Darlington Gatsi and Thandiwe Garusa

EDUCATORS under the auspices of teachers for economic development (ED) jostled and scrambled one after the other, throwing their weight behind President Emmerson Mnangagwa as their preferred candidate for next year’s general elections.

Teachers for economic development was launched Tuesday with more than 5,000 teachers attending in Harare.

Clad in regalia blended with Zanu PF colours, teachers left their stations to attend the official launch of the association which was graced by Mnangagwa.

The teachers’ movement whose members went through the Zanu PF-oriented Herbert Chitepo school of ideology pledged to support for Mnangangwa’s re-election bid.

Vice President Constantino Chiwenga who was also present during the launch dismissed any factional claims and endorsed his boss.

“When you go back home, please tell those misguided souls that we have only one candidate and that’s our guest of honour (Mnangagwa),” Chiwenga said. 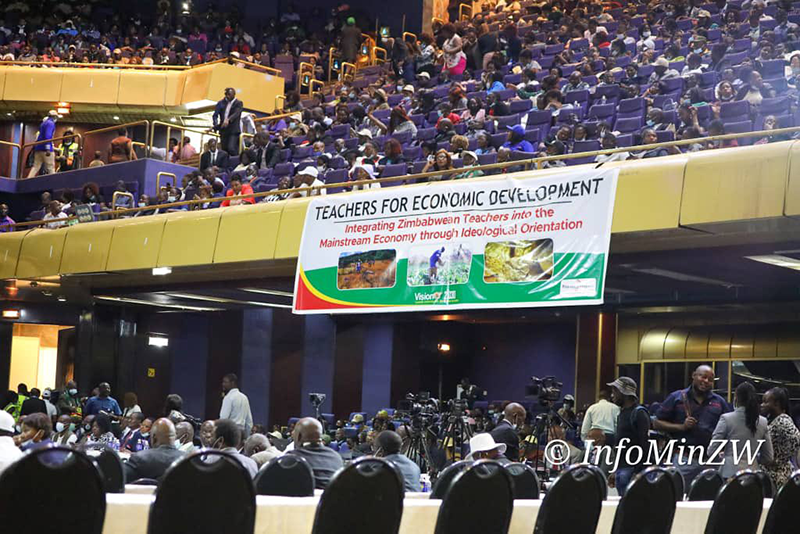 Launch of the teachers’ movement comes ahead of Zanu PF’s national elective congress to be held in Harare next week as the ruling party gears for 2023 harmonised elections.

Teachers for ED becomes the latest “parallel structure” to affiliate itself with the ruling party.

Addressing his supporters during the launch, Mnangagwa urged them to remain firm in supporting the ruling party.

“Reject those who may seek to derail your cause, founding revolutionary aspirations and the Pan-African values of your budding organisation,” said the Zanu PF leader.

“As the teaching fraternity, never allow yourselves to be used as tools by our country’s detractors in their divisive and subversive activities. Always remain patriotic and loyal to our country.

“Informed by this relationship, our Zanu PF Party must remain closely connected with the education sector and the teaching fraternity immersed in the Party.

“We must never again allow any challenges or differences we may face as a people, to separate these two institutions.”