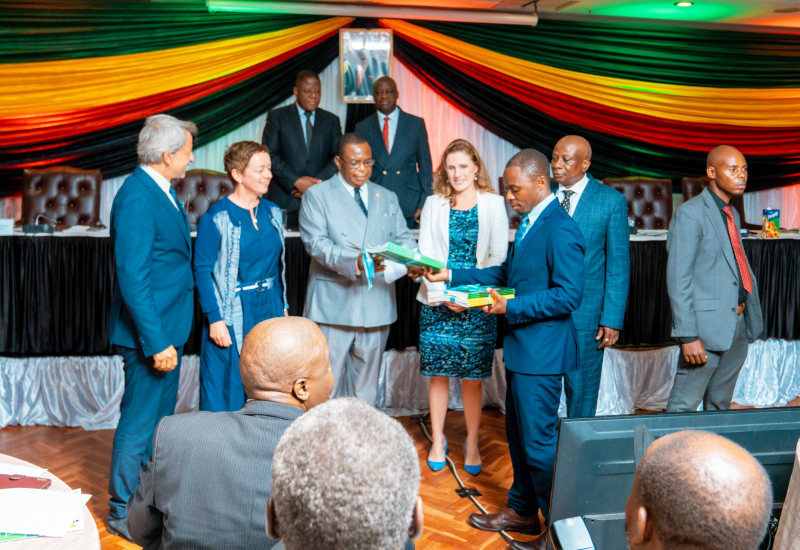 VICE PRESIDENT and Health Minister, Constantino Chiwenga Monday launched a US$90 million worth Health Resilience Fund which is aimed at supporting vulnerable mothers, newborns and adolescents in the country.

The Health Resilience Fund (HRF) will be coordinated  under the  Health and Child Care Ministry with the funding partners being  the European Union, the governments of Ireland, the United Kingdom, and Gavi, the Vaccine Alliance while UNICEF, UNFPA and WHO are the technical partners of the Fund.

“It will run till 2025. Its objective is to consolidate the gains achieved under the Health Development Fund. The Fund will focus on three health pillars: ending preventable maternal, newborn, child and adolescent deaths; global health security; and health systems strengthening. It has a budget of approximately US$ 90 million,” a communiqué signed by the fund’s key stakeholders says.

The Health Development Fund (HDF) that preceded the Health Resilience Fund was supported by the European Union, Ireland, Sweden, the United Kingdom and Gavi, the Vaccine Alliance.

It is credited for contributing  to improving several health indicators, as shown by the 2019 Multiple Indicator Cluster Survey (MICS) and the 2022 National Population and Housing Census.

“Maternal mortality ratio, for instance, reduced from 614 to 462 per 100,000 live births between 2014 and 2019.Also, the Health Development Fund contributed to maintaining the availability of essential medicines and commodities in primary health care facilities at an average of 80%,” the statement said.

The HDF also played a pivotal role in the fight against Covid19 pandemic back in 2020.

The Health Resilience Fund is therefore expected to build on the gains of the HDF and address the remaining challenges to ensure access to maternal, child and sexual and reproductive health and nutrition services, as well as strengthen the health system’s resilience to shocks.

The five years long National Health Strategy which will run from 2021 to 2025 was also launched at the event – a blueprint which is a deliberate effort by the government to improve the health and wellness of the population.

“The Investment Case to the National Health Strategy (2021–2025) calls for efficiencies in the utilisation of available health resources,” the communiqué added.