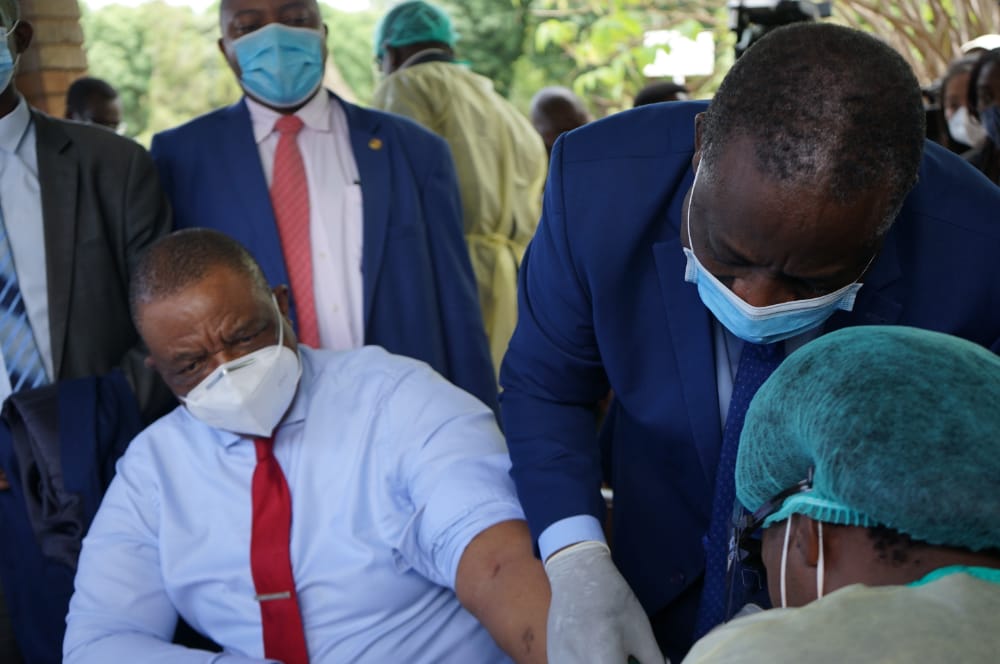 BEIJING: Hundreds of people were removed from a luxury hotel in central Beijing and quarantined after a member of a group staying there with Zimbabwe’s vice president tested positive for Covid-19, hotel guests and authorities from both countries said.

The case has raised questions in China, a close ally of Zimbabwe, about whether authorities kept information about the infection from the public. The infection hasn’t been listed on the country’s national list of coronavirus cases.

Zimbabwe’s vice president, Constantino Chiwenga, who also serves as health minister, arrived in Beijing by chartered jet on July 23 with four other officials to receive medical treatment for a throat problem, according to officials with the Zimbabwean health ministry.

Two members of Mr. Chiwenga’s initial entourage were unable to join the trip after testing positive for Covid-19, the officials said, adding that the vice president and others who traveled with him had received two doses of a vaccine made by China’s Sinopharm.

A senior Zimbabwean security official confirmed that a member of the group tested positive after arriving in China, but said it wasn’t the vice president.

The disclosure of the trip could embarrass Mr. Chiwenga, who announced in September that Zimbabwe’s government would no longer pay for state officials to travel abroad for medical treatment. A string of senior politicians, including Mr. Chiwenga and former President Robert Mugabe, spent tens of millions of dollars of state funds on foreign medical expenses in recent years, as the country’s economy experienced hyperinflation and mass unemployment.

In recent days, police have maintained a heavy presence around the five-star Legendale Hotel near Tiananmen Square, which has been cordoned off since Sunday, according to local business owners and people who work in the area. Inside the cordon, workers in head-to-toe protective medical suits could be seen during a recent visit by The Wall Street Journal.

It couldn’t be determined whether Mr. Chiwenga was subjected to the same stringent protocols that China has imposed on other foreign visitors. Most diplomatic meetings during the pandemic, including the recent visit by U.S. Deputy Secretary of State Wendy Sherman, have taken place outside of Beijing. Diplomats coming to China are required to get tested before their departure and upon arrival, and remain isolated from the public in China until they receive their results.

Health authorities in Beijing’s Dongcheng district, where the Legendale Hotel is located, said a “diplomatic personnel” member had appeared at a medical institution to seek treatment. He was given a routine coronavirus test before admission. When it came back positive, authorities launched an emergency response plan, including transferring the person to a hospital. The man, who was asymptomatic, had remained in his hotel room while awaiting the results, the authorities said. 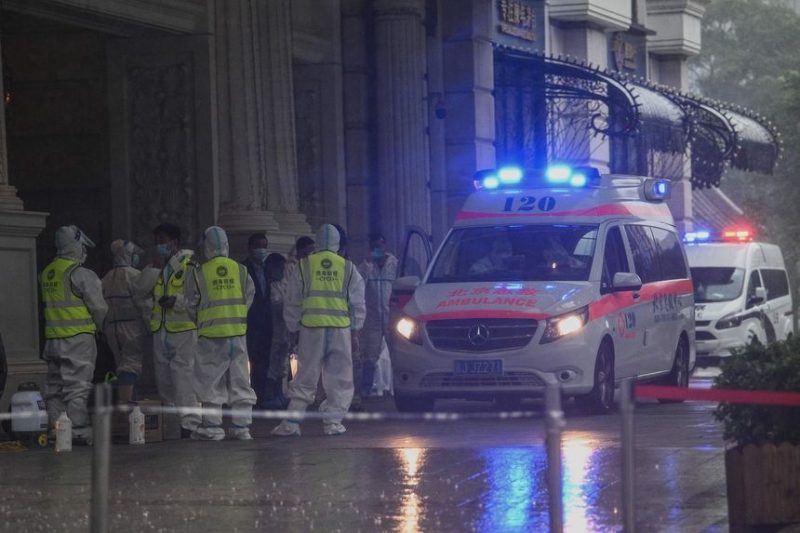 Health workers Thursday outside Beijing’s Legendale Hotel, from which hundreds of people were removed and quarantined

At a daily press briefing on Thursday, Foreign Ministry spokesman Zhao Lijian said he had nothing to add to the Dongcheng health authorities’ statement.

“China will always strictly enforce all pandemic-control measures, and the treatment for foreign citizens will be exactly the same,” he said.

Vice President Chiwenga is the second-most-powerful person in Zimbabwe’s government and point man in the African nation’s close relationship with Beijing. As chief of general staff of Zimbabwe’s military, he visited the Chinese capital days before participating in the coup that deposed Mr. Mugabe. As health minister, he has been responsible for negotiating Zimbabwe’s purchases of Covid-19 vaccines.

Some 10% of the country’s 15 million people have received one vaccine dose and 4% are fully vaccinated, mostly with Sinopharm shots purchased from China. Mr. Chiwenga and the other members of his group all had their first dose on Feb. 18 as part of the Zimbabwean government’s public vaccination drive, the health-ministry officials said.

Even so, the highly infectious Delta variant has spread widely in Zimbabwe, which is likely to increase concerns among Chinese authorities, who are battling their own burst of delta infections at home.