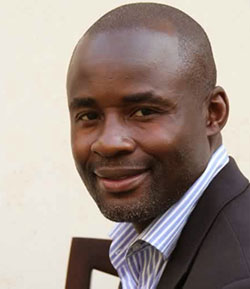 FORMER Warriors fitness trainer cum politician Temba Mliswa says Harare Businessman Phillip Chiyangwa’s ascendancy to the most powerful local football post is a poisoned chalice to the country’s most popular sport.
Chiyangwa, a flamboyant businessman and politician known to flaunt his riches, is part of a quartet of candidates vying for the Zifa presidency post, left vacant by Cuthbert Dube who was relieved of his duties two months.
Dube and his entire board when shown the exit door after presiding over one of the worst periods for the local football fraternity.
Chiyangwa, will go up against former Zifa president Trevor Juul, former Dynamos chairman Leslie Gwindi and football legend James Takavada, in the crunch elections set for December 5.
Addressing journalists in Bulawayo over the weekend, Mliswa said the country could not afford to have Chiyangwa as the football boss.
“He (Chiyangwa) is like a baby who has dropped all his toys after seeing Father Christmas and wants new toys from him. He gets excited. We cannot be led by someone who gets excited,” said Mliswa.
Mliswa charged that under the leadership of ‘Big Phil’ football will be the biggest loser.
“Philip is not anybody else except himself, so God should just help us,” said the former legislator.
“The moment that Philip is there football will be reduced to nothing and it might as well be called the Zimbabwe Social Football Association because that certainly becomes a boozer’s league.”
He added: “What does it reflect on us as a nation having Chiyangwa as Zifa president? Football is a powerful sport; we get insulted.”
Mliswa also urged Zifa councillors to vote wisely in the December elections.
“If the councillors are really serious about sport and football they must do away with Philip.
“They must spend his money yes, but when it comes to making decisions, you cannot really have him as an administrator,” he said.
Meanwhile, the presidential have released their manifestos as they seek to woo the councillors, who have been vested with the power to choose the next ZIFA board.Advertisement