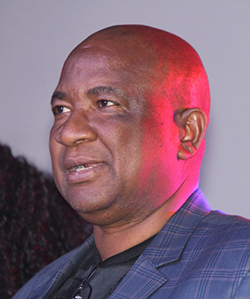 ZIFA president Philip Chiyangwa has hailed Caps United’s 11-year league title jinx-breaking feat and challenged them to take Africa by storm in the Caf Champions League.
On Saturday United won their first league title in more than a decade when they beat Chapungu 1-0, at Ascot Stadium to finish the championship race two points clear of second-placed FC Platinum.
“May I take pleasure to congratulate CAPS United FC President, Farai Jere, its club Chairperson Advocate Lewis Uriri, the CAPS United board and the club’s multitude of fans for winning the coveted Castle Lager Premier League championship for the 2016 season,” Chiyangwa said.
“It is remarkable that they have won their fifth league title, in the club’s history and special mention goes to the technical department, especially the head coach Lloyd Chitembwe, for making history by becoming the first CAPS United son, to with the league both as a player and as a coach.
“I wish them all the best as they go out to represent Zimbabwe, in the African safari and I implore them to do their level best to venture much further than what other teams have done in the recent past.”
United have never reached the Caf Champions League group stages before.
Their last participation in the Champions League, ended unceremoniously in 2006, when they were expelled by Caf for using irregularly registered players, against Burundian side Inter Stars.Advertisement