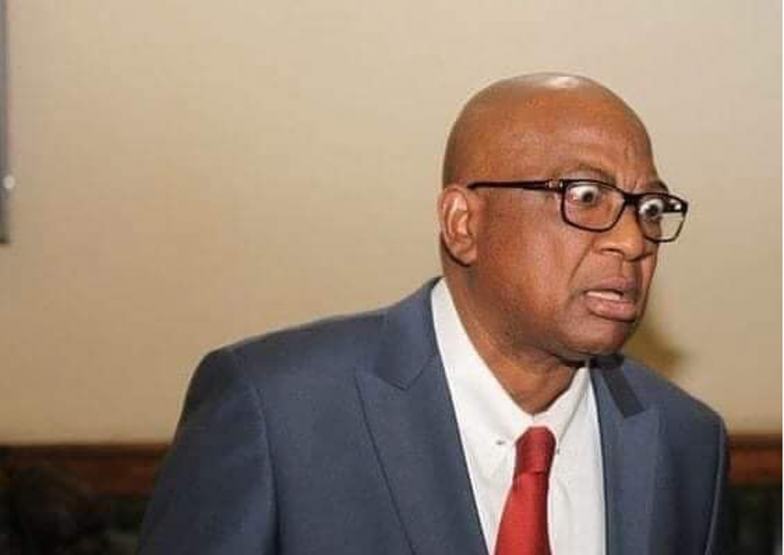 OLD Citrus Farm in Chinhoyi owned by controversial businessman-cum-politician Phillip Chiyangwa was Monday afternoon turned into a war zone after illegal settlers stormed the property and disarmed firearms from two security guards before kidnapping and heavily assaulting them.

The illegal settlers, numbering over 100 families, were evicted from the farm a fortnight ago after they had allocated themselves plots on land on owned by the property mogul.

The farm measuring 3, 477, 46 hectares is at the centre of endless court battles between Chiyangwa and Chinhoyi Municipality.

The families were kicked-off the farm by the Messenger of Court with help of police and suspected Zanu PF functionaries who unleashed violence, thereby forcing occupants to scurry for cover in the nearby mountains where some are still living.

Their makeshift homes at the farm were set on fire rendering the homeless.

However, the defiant settlers Monday unleashed militia-style violence and vowed to make life hell for Chiyangwa, his farm labourers and guards, who were targeted by the marauding crowd which descended on the farm on the day.

The settlers, who have turned the nearby Shooting Range hill their home, were undeterred by warning gunshots fired into the air and attacked the 18-man security team from National Eye Security using machetes, catapults, stones and baton sticks.

Two of the guards, Charles Cherachera (65) and another only identified as Kadonzvo were kidnapped in the melee, before being force-marched to the hill where they were beaten to a pulp.

When NewZimbabwe.com Monday visited the scene, the visibly shaken guards were still manning the premises.

Narrated a guard Oblivious Gotora; “We were on patrol of the perimeter adjacent the Shooting Range hill when we noticed a group of people on the edges of the farm. We tried to counsel them that they were unwanted on the property which belongs to Chiyangwa.

“As we interacted, they kept advancing and came within arm’s length.

One of our gunmen then fired four warning shots to scare them after noticing a crowd of about 200 people trooping downhill. The settlers then grabbed the gunmen, disarmed and abducted them and went up the hill.”

Sensing danger, the rest of the security personnel, who included dog-handler and others armed with baton sticks, fled in different directions with the settlers in hot pursuit.

Cherachera, speaking from his ward bed at Chinhoyi Provincial Hospital Tuesday, said he was lucky to be alive.

“I fired four warning shots but they (settlers) kept advancing. They disarmed me of my pistol and started beating me until they were satisfied, I was dead. I was heavily assaulted I thought I was breathing my last,” he narrated.

“I could hear some of them assuring their colleagues that I had died.

They dragged my body to a nearby bush where they dumped me thinking I was dead. I am lucky to be alive.”

Cherachera, whose injured finger had to be amputated sustained injuries all over his body, said his assailants took away a wallet containing US$22 and a cellphone.

The whereabouts of Kadonzvo, the second abducted guard could not be established.

A reaction team comprising anti-riot police officers and soldiers was reportedly deployed to restore sanity at the farm Tuesday.

Efforts to get a comment from Mashonaland West acting provincial police spokesperson, Assistant Inspector Ian Kohwera were fruitless at the time of publishing.

Chiyangwa occupies the farm, situated on the edges of Chinhoyi town where he primarily harvests maize. The farm has for years been at the centre of an ownership wrangle.

A 2005 Presidential proclamation nullified a prior offer letter given to Chiyangwa, before the farm, and seven others, was transferred to Chinhoyi Municipality for urban expansion.

However, Chiyangwa still holds title to the farm, but the Chinhoyi Municipality is fighting to get ownership of the land and incorporate it into the city’s masterplan.