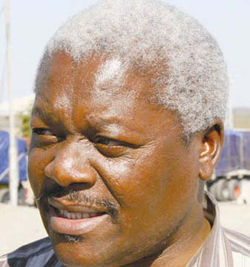 1995 – He was appointed as the Governor for Mashonaland West before being promoted to Minister of Higher Education in the same year.
2000 – Chombo was appointed Local Government Minister, a position he would hold for a long 15 years, during which rot at local authorities became palpable.
2010 an investigation by a special committee of Harare City Councilors into the city’s land deals exposed how Chombo as Minister directly responsible for local authorities used his influence to acquire vast tracts of prime land in Harare at below market prices. The report also showed that Chombo deployed pliant officials from his office to the city council, particularly the planning and housing department.
A messy divorce with his wife Marian that same year would lay bare Chombo’s extensive business interests and vast property empire.
2007 – It was also under Chombo’s watch that Tendai Mahachi was employed as Harare’s town clerk. Mahachi enjoyed immunity of sorts, bypassing the Mayor and Council as he directly reported to Chombo. The City is still reeling from some of the questionable deals which Mahachi, with the blessing of Chombo, signed off on.
2014 – Chombo reverses a Harare City Council move to suspend Mahachi for refusing to furnish the Council with a salary schedule of 18 of the city’s senior managers who were reported to be raking in a collective $500,000 in monthly salaries. A later report disclosed that Mahachi was earning $20,000 a month.
2015 – Chombo moved to Minister of Home Affairs in a Cabinet reshuffle
Advertisement