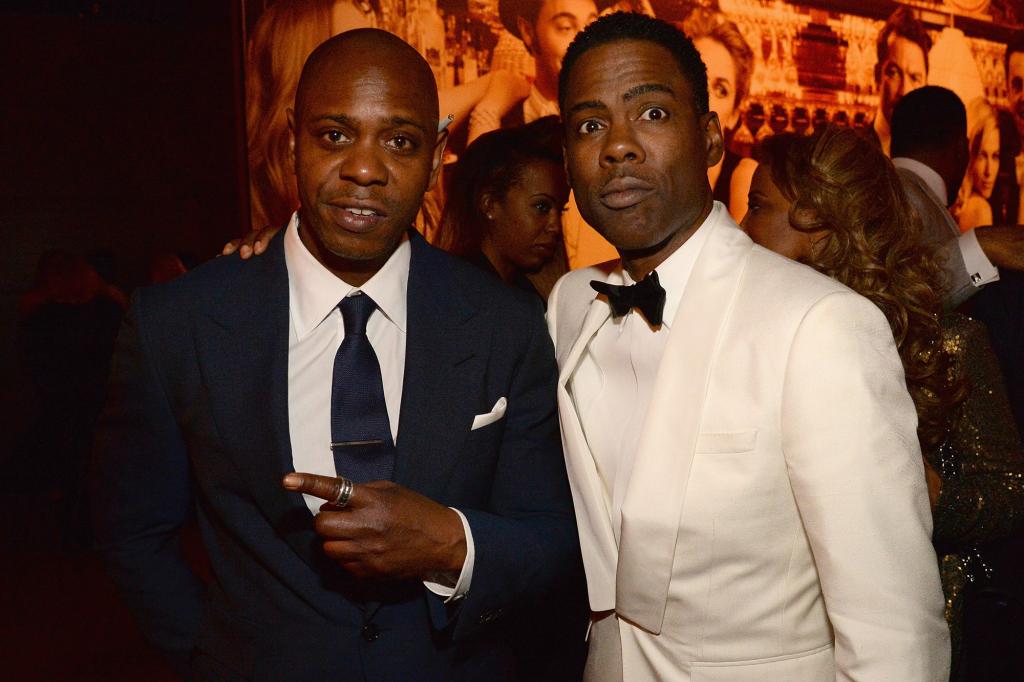 The two famous comedians will set out across the pond this fall for a joint stand-up comedy show at the O2 arena.
Spread This News

They’re standing up to their attackers.

Chris Rock, 57, and Dave Chappelle, 48, have announced a joint stand-up comedy show in London just weeks after both comedians were attacked onstage while performing.

The show will take place Sept. 3 at the O2 Arena but tickets will go on sale for the general public on June 10.

The controversial comedians have set an age limit at their event, only welcoming guests 18 years and older.

Rock recently joined Chappelle onstage at West Hollywood’s “The Comedy Store,” where both poked fun at their attacks.