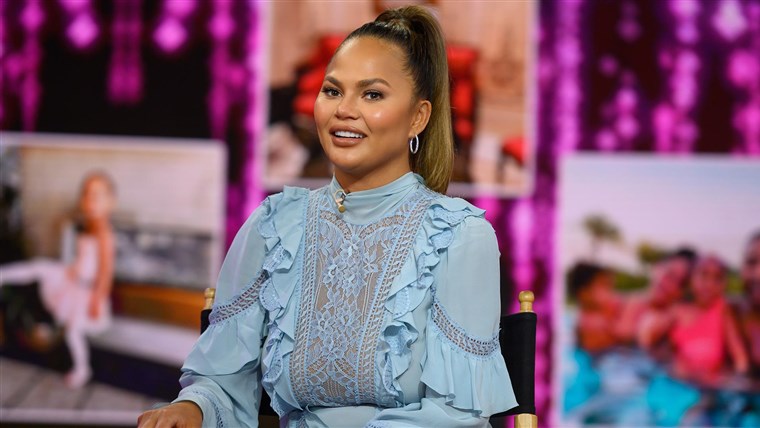 Former supermodel Chrissy Teigen has shared how she found out she was pregnant as she is now expecting baby number 3 with singer John Legend.

The news of baby number 3 was revealed first in her husband’s new music video for “Wild” as in one of the shots of the video she rubs her growing baby bump with John with her.

The two already have 4-year-old Luna and 2-year-old Miles who were all conceived through IVF, making the new baby a third addition to their family.

Chrissy has been very open over the years about her struggle to fall pregnant naturally so she was very happy to open up to fans on Twitter over the weekend.

The former model found out about her pregnancy after she had gone for her surgery as she explains she has been taking pregnancy tests every month in the hope of falling pregnant naturally. 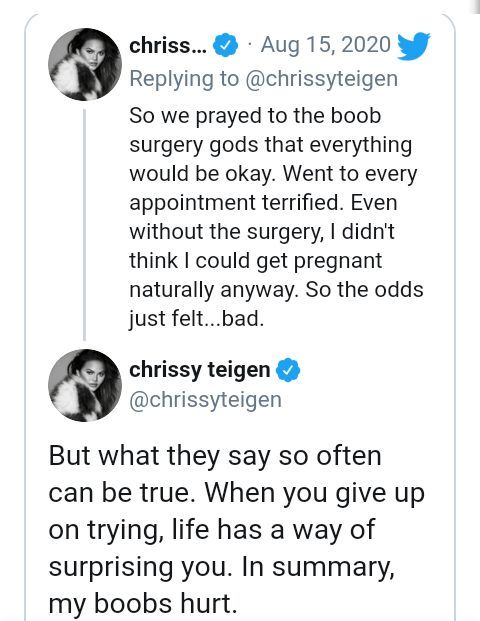 Before her surgery, she actually tested negative but then took another test a little while later and found out that she was actually pregnant.

She took twitter to say, “So we prayed to the boob surgery gods that everything will be okay. Went to every appointment terrified. Even without surgery, I didn’t think I could get pregnant naturally anyway. So, the odds just felt…bad”.

She ended her tweet by saying, “But what they say so often can be true. When you give up on trying, life has a way of surprising you.”