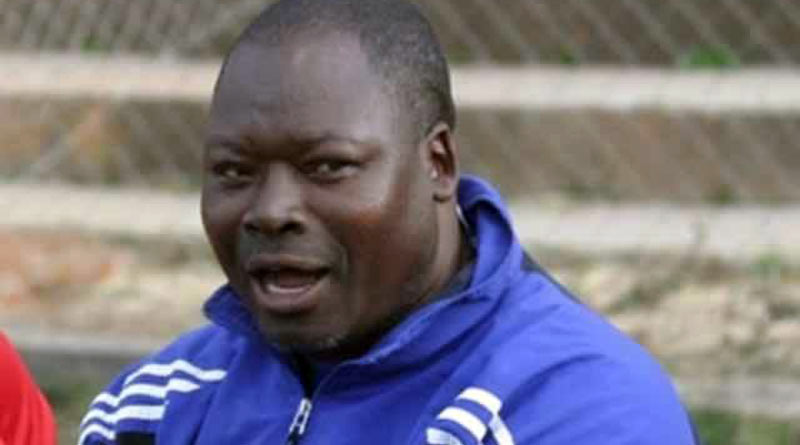 ZIMBABWE’’S football legend, Moses “Bambo” Chunga, is set to join Chapungu United as the head of coach following his return to full-time coaching after a lengthy break.

The decision followed Chunga’s meeting with the Air Force of Zimbabwe side’s vice-chairperson Patrick Chikwanda and board member, Lazarus Chikadaya, in Gweru Monday.

The Gweru-based airmen are currently awaiting confirmation of whether they will play in the Premiership or Division One this year.

Should Herentals fail in their bid to overturn the decision by the PSL Disciplinary Committee, to condemn them to Division One over match-fixing charges, Chapungu will be back in the top-flight league.

The club’s leadership had earlier this week indicated they were looking for a new coach to steer their ship during the forthcoming 2020 season and they have now settled for the nomadic Chunga.

The former Warriors captain had taken a sabbatical from coaching since he quit as head coach of Premiership side Harare City in 2015.

Chunga fell out with some of the club’s leaders whom he accused of trying to impose players on him.
And the former Gunners, CAPS United and Dynamos coach yesterday told The Herald he has “agreed in principle” to become Chapungu’s head coach as from next week.

“Yes, it’s true that I recently met with some top officials of Chapungu United in Gweru on Monday and we agreed in principle that I should take over as the club’s head coach as from this coming week.

“It’s a long-term contract and I should be leaving Harare for Gweru any time soon once everything is in black and white,” Chunga said.

The 56-year-old seasoned coach, who was crowned the Soccer Star of the Year in Zimbabwe in 1986 before he moved to Belgium where he spent a number of years playing professional football for E Aalst, said he was excited by this new adventure.

“Yes, of course, I’m excited to be joining Chapungu United and I think this is going to be a fantastic opportunity for me to work with the Air Force of Zimbabwe side,’’ said Chunga.

“I’m not new in this role of working with a uniformed forces side. I once spent two years coaching army side Black Rhinos. After my discussions with the top brass of Chapungu United earlier this week, where they laid their plans before me and what they hope to achieve in both the short and long-term, I think they’re an ambitious team who are professional.

“I’m looking forward to be part and parcel of Chapungu United’s project and I think, with my experience as a coach, we will bring the required results.’’

Since he quit his position, as head coach of Harare City in mid-2015, Chunga has been running an academy in Harare with the assistance of his close friend, the founding father of the Zimbabwe National Soccer Supporters Association, Eddie “Mboma” Nyatanga.

He has also been helping in running coaching projects in various schools.