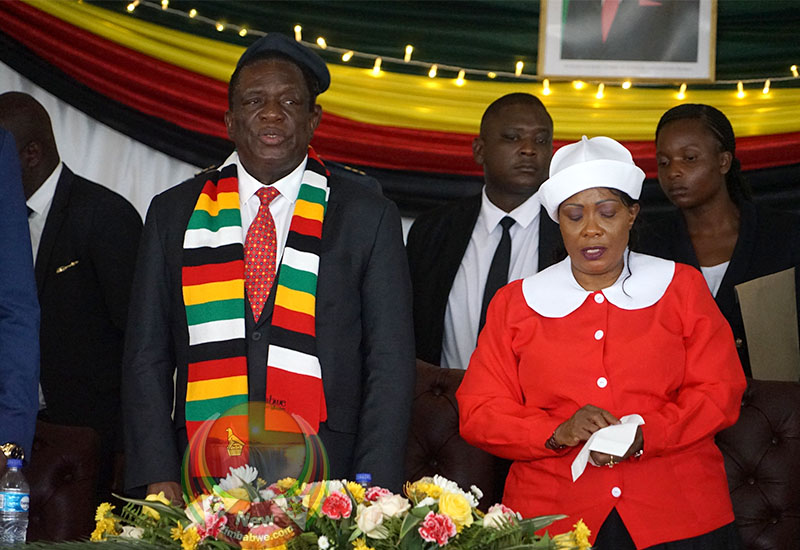 Zimbabwean have promised to join government’s anti-sanctions march slated for this Friday which has since drawn support from regional bloc Sadc.

Zimbabwe and its regional neighbours are demanding the US and its allies in the Western hemisphere to lift measures imposed on Harare.

While giving the vote of thanks at the launch of the National Day of prayer on Monday, a cleric only identified as Dr Mutangisi said all the churches were geared up to march and support the government effort.

“On Friday, we as the churches we will be joining hands with the rest of the nation in the anti-sanctions march. Let us all be prepared to march on the day. Our First Lady invited us and we as the church have seen it fit to join in,” said Mutangisi.

Sadc heads at their 39th Ordinary Summit in Tanzania in August declared October 25 a day on which all countries in the region are going to unite in calling for the removal of the measures imposed on Zimbabwe over alleged rights abuses, failure to uphold property rights related to the land reform programme as well as claims of electoral fraud.

In Zimbabwe, the main event will be held at the National Sports Stadium in Harare, and will be preceded by a march from Robert Mugabe Square.

“We are appealing to those in the church and outside to join hands on the 25th of October to also register our concern and plea for the sanctions which are affecting the people of Zimbabwe. We have suffered a lot whether you are in the church or outside the church

“So we are appealing for the removal of these sanctions because they are not selective; they are affecting those in the ruling party, opposition, the churches, the rich, and the poor,” Makore said.

“We are pleading with the international community, with the European Union to come and rescue Zimbabwe.”