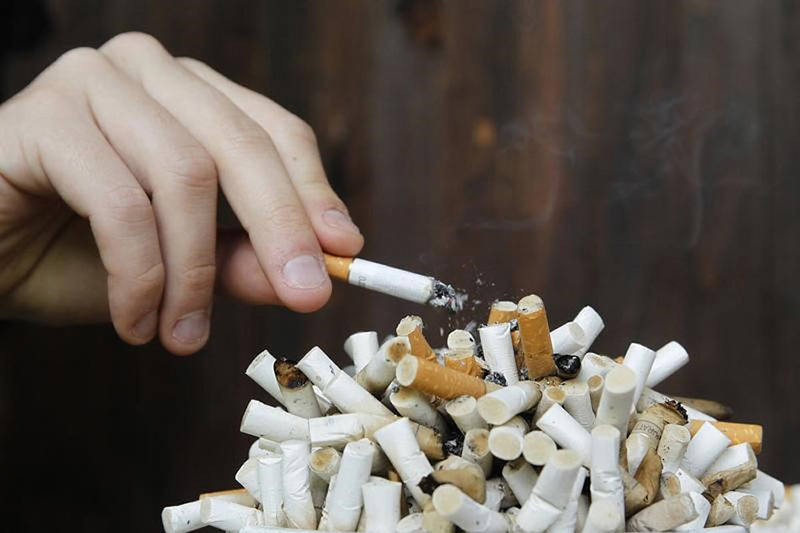 JOHANNESBURG: A recently released report on powerful cartels in Zimbabwe has exposed how cigarette companies are illegally infiltrating the South African market, while dodging the local taxman at the same time.

In a report published by the Maverick Citizen, the report titled Report on Cartel Power Dynamics in Zimbabwe, which is authored by anonymous stakeholders in Zimbabwe, details how cartels have crippled state institutions in Zimbabwe and that there is little political will for the matters to be addressed.

It estimates that over $5bn (about R73bn) is lost through corrupt dealings spearheaded by the cigarette, fuel and agriculture cartels in Zimbabwe.

The report details how cigarettes are smuggled into South Africa – where they are no longer liable for 40% excise duty and are then sold cheaper in the local market than locally produced tobacco products.

The report says 27% of cigarettes consumed in SA are smuggled into the country by cartels.

“The main cigarette smuggling cartels consist of 1) political patrons who allow the cartels to operate with impunity, 2) transport companies that ferry the cigarettes and 3) distribution networks in South Africa,” the report said.

The report alleges that the Pacific Cigarette Company, which is owned by Adam Molai, former Zimbabwean president Robert Mugabe’s nephew-in- law, whose cigarettes are smuggled into the country via rail, road and air, along with Gold Leaf Tobacco Zimbabwe, which is owned by the Rudland family, who also happen to own a trucking company and an airline, FastJet, are some of the main players in the cigarette space.

“Under the (Zimbabwean president Emerson) Mnangagwa administration, cigarette smuggling has continued to thrive, and the operations of the money men have been unhindered.

“The ban on the sale of cigarettes during the Covid-19 pandemic in South Africa significantly increased the market and prices for smuggled cigarettes,” the report said.

It said role players in Zimbabwe who were supposed to address cartel-like behaviour in the cigarette trade space had been crippled.

“A clear majority of the actors whose responsibility it is to address cartel behaviour have become financially dependent on, and complicit in the activities of the cartels.

“However, the government also is aware that cartels are a key reason behind the economic crisis that Zimbabwe faces, and the failure of the “Open for Business” mantra to attract meaningful investment in the country,” the report notes.

Noting the impact of the Zimbabwean cartels on the local economy and business, we sent five questions to the South African Revenue Service last week, seeking their comment on the report.

* What measures does SARS have in place in combating the illicit flow of tobacco products from Zimbabwe into South Africa?

* In the past financial year, how much tobacco products have SARS been able to confiscate?

* How serious is the issue of the illicit trade and how big is the threat to SARS?

* Has SARS seen the report and are there any measures in place to address concerns made?

* The Pacific Cigarette Company, which is owned by Zim businessman, Mr Adam Molai, has been singled out as one of the biggest beneficiaries of illicit trade in tobacco. Is SARS aware of this company and is there any update on any such probe?

Anton Fisher, a spokesperson for SARS did not comment on the specific questions and would only say in an e-mailed response on Tuesday morning: “In terms of Chapter Six of the Tax Administration Act, SARS is not permitted to discuss or disclose confidential taxpayer information”.

But a local organisation in South Africa that is concerned and is speaking out against the impact of smuggled cigarettes is the Fair Trade Tobacco Association, which represent local cigarette companies such as Carnilinx, Best Tobacco Company and Afroberg Tobacco Manufacturing.

Sinenhlanhla Mnguni, the chairperson of the Fita, said they were concerned at the state of affairs in Zimbabwe, which had unintended consequences for South Africa.

He said local industries, employers and their employees, the state and its coffers, and ultimately, the citizens of this country, would all feel the effects of smuggling.

“The tobacco industry in large has over the years been vociferous about the exponential increase in illicit tobacco and related products emanating from Zimbabwe in particular, which has been highlighted in the report, and which unlawful practice has been growing at an alarming rate over the last few years, and particularly following the lifting of the cigarette sales ban in South Africa during the lockdown period in August 2020.

“If this situation is allowed to continue unchecked, as currently seems to be the state of affairs, the obituary of many legitimate players in the local tobacco industry will pretty much have been written.

“The situation seems to be getting worse by the day, and all the relevant regulatory authorities appear to have no answers to the challenge posed to them by the criminal syndicates behind these acts,” said Mnguni.

Mnguni said Fita had pleaded with SARS to strengthen security measures at the borders and said the issue needed urgent attention.

“This issue needs urgent addressing as we are seeing a substantial amount of cigarette brands from all our neighbouring countries, but predominantly Zimbabwe, in the market at present and it is clear that there are many officials who are not doing their jobs.

“To this end, we have requested interventions such as the rotation of border control staff, the constant monitoring of officials at all our border posts, and improved screening techniques at our borders.

“We further have, ad nauseam, implored SARS and National Treasury to engage with their relevant counterparts in our neighbouring countries with regards to issues of enforcement and exploring the potential of having a standard excise tax amount on tobacco products in the SADC region,” said Mnguni.

The Pacific Cigarette Company however denies that it is smuggling cigarettes into South Africa.

In a statement, Molai says his hands are clean.

“I have noted with extreme dismay Maverick Citizen’s references to Pacific Cigarette Company and myself in its Cartel Power Dynamics in Zimbabwe “expose”.

“The allegations are completely untrue and without foundation. We would have made this clear had Maverick Citizen afforded Pacific Cigarette Company or myself the opportunity to respond, as required by the press code and good journalism practice,” said Mr Molai.

He said there was no proof his business had ever been part of those involved in smuggling of cigarettes into South Africa and called for proof.

“Pacific Cigarette Company has never been involved in nor in any way condones cigarette smuggling. Our company is proud of its history of democratising the Zimbabwean tobacco industry through introducing contract farming that increased participation to over 85,000 families,” he said.

The report calls on the media and civil society to continue gathering evidence and information into the inner workings of the cartels, exposing other cartels in other industries, producing a documentary and calls on prosecution for those involved in cartel activities and tax evasion.