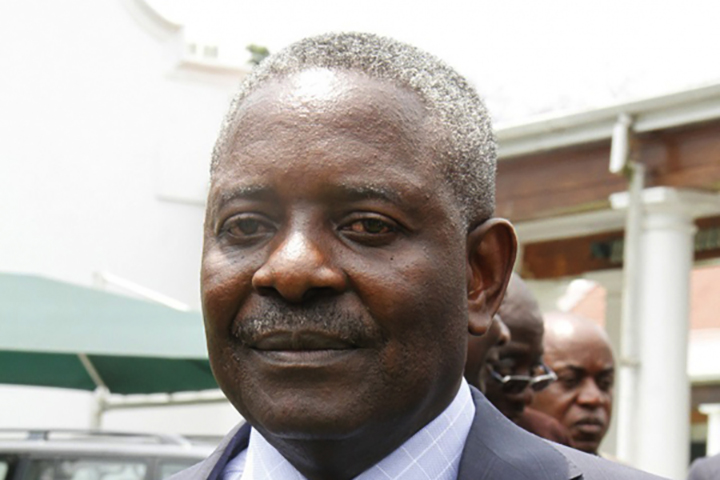 The spy agency owned Kusena Mine in Marange before government replaced the multiple operators in the area with the parastatal Zimbabwe Mining Consolidated Company.

According to former CIO director general Happyton Bonyongwe, the Kusema venture was meant to augment inadequate government budgetary allocations towards the operations of the intelligence agency.

The mining operation was part of Sino-Zim, a 50/49 percent joint venture between the CIO and China International Fund with the spy agency supposedly majority shareholder.

China International Fund was owned by one Sam Pa who is now languishing in a Chinese jail.

On Monday, Parliament’s Mines and Energy committee, which is investigating looting of Marange diamonds, on Monday demanded Monday as to why the CIO entered into a joint venture with the now-jailed Pa.

Speaking at Monday’s hearing Norton legislator and committee chair Temba Mliswa said; “Why Sam Pa involvement is critical is because he has a criminal record.

“We are of the view that the CIO, which is the intelligence (agency) of this country, entered into business with a known world criminal. What was the rationale?”

Sino Zim board member Pritchard Zhou initially denied knowing about Pa, saying he only knew there were Chinese shareholders.

However, Zhou’s colleagues Gift Calisto Machengete and Jimias Madzingira admitted that Pa was indeed behind the Sino Zim donation to Kusena.

Mliswa asked the executives whether the CIO had vetted its joint venture partner.

“We were hoping that he (Sam Pa would) be here (but) from what we understand he is in prison,” said the legislator.

“You (CIO) are known for vetting; did you vet your partner Sam Pa? Were you aware of the previous criminal activities?”

Responding, the executives said vetting process handled “at the highest level”, adding that questions were “be best directed at the director general (Bonyongwe); he decided who should do the vetting and who to vet”.

They also suggested that the board was an ineffectual and cosmetic façade.

“The point is the Sino Zim board was basically for purposes of fulfilling the statutory requirement of having a board but, in terms of operations, the operations were happening at shareholder level.

“It was at the level of the director general and the Chinese,” said Zhou.

He featured prominently in the shadowy exploitation of oil and minerals in Zimbabwe and across the African continent until his arrest as part of an anti-corruption crackdown by the Chinese government in 2015.

According to Yamamoto; “Sam Pa was a key but shadowy and murky player in the body politic of Zimbabwe.

“During the government of national unity … Zanu PF was running a parallel government, on the back of murky transactions with Sam Pa.

“Pa set up a Sino-Zimbabwe Development company (Sino-Zim), a joint-venture with (the) CIO, fronted by Happyton Bonyongwe.

“Sino-Zim dabbled in many operations ranging from cotton to mining to financing parallel Zanu PF operations in government to buying goodies for the CIO.

“But most importantly, Sam Pa bought vehicles for the CIO, funded Zanu PF’s elections, including buying millions of Mugabe-branded giveaways and farming inputs which Mugabe dished out ahead of the 2013 elections.

“Emmerson Mnangagwa, prior to Zimbabwe’s election in 2013, travelled to Angola, and brought back one million dollars in cash to fund elections contrary state laws, courtesy of China-Sonangol, a Sam Pa creation.”