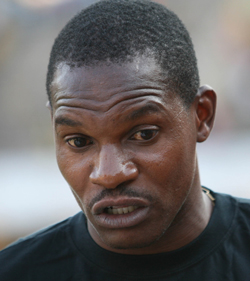 FC Platinum dropped points for the first time this season following a 0-0 home draw with Harare City on Saturday while champions Chicken Inn suffered a second straight defeat after losing 1-0 to Bulawayo City at Luveve Stadium.
The platinum miners went into this Mandava Stadium match boasting of a 100 percent record as they had won their first four matches of the season.
But City stopped their flawless run and although they still lead the standings with three points clear at the top, they risk being dislodged from the summit if Caps United Beat Boarder Strikers at home on Sunday.
The draw at Mandava Stadium was also the first time for Harare City to collect a point on the road this season.
At Luveve Stadium, Chicken Inn succumbed to their second defeat of the season when Eddie Nkulungo’s goal separated them with new boys Bulawayo City.
The result extended Chicken Inn’s winless run to three matches after a bright start to the season.
A draw with How Mine was the start to their slump, followed by last week’s 1-0 defeat away at ZPC Kariba, before Saturday’s loss to Bulawayo City.
Coach Joey Antipas was not on the bench against Bulawayo City as he was in South Africa familiarising himself with AmaZulu whom he will join in July.
Elsewhere at White City Stadium, Ngezi Platinum beat Tsholotsho 2-0 to post their second win of the season.
Tichaona Mabvura and Innocent Sokoli were on target to condemn Tsholotsho to a third defeat this term.Advertisement