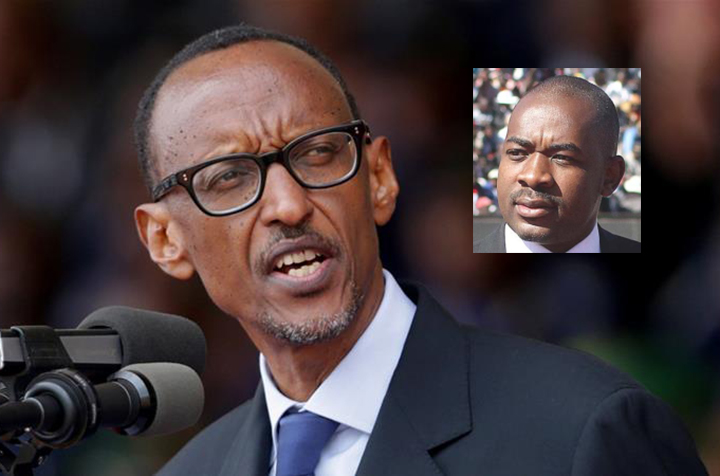 We have since established that, in his address to supporters at a weekend campaign rally in Beitbridge, Chamisa did not refer to Rwanda’s whole economy but just its ICT sector.

The MDC-T leader said he had helped president Kagame with his ICT policy when they met in Geneva, Switzerland.

Chamisa was ICT minister in the then coalition government which brought together Zanu PF and the MDCs.

Even so, President Kagame denied knowledge of any such meeting with Chamisa.
Reacting to NewZimbabwe.com’s article on social media, President Kagame said; “I don’t know this man and no discussion ever happened with him anywhere.

“Rwanda’s ICT policy, projects and programmes started before the MDC formation and politics.”

Kagame added, “I wish the people of Zimbabwe well.”

Rwanda’s foreign affairs minister Louise Mushikiwabo was also incredulous about the claim, noting on Twitter that;

Woooow! It is that bad? So, lemme get this straight: this man actually went to Geneva ( if it ever happened), without any plans to meet the Prez of #Rwanda, somehow ran into him, and happened to carry with him an ICT plan for Rwanda? Lol!! https://t.co/rIF85FvgFU