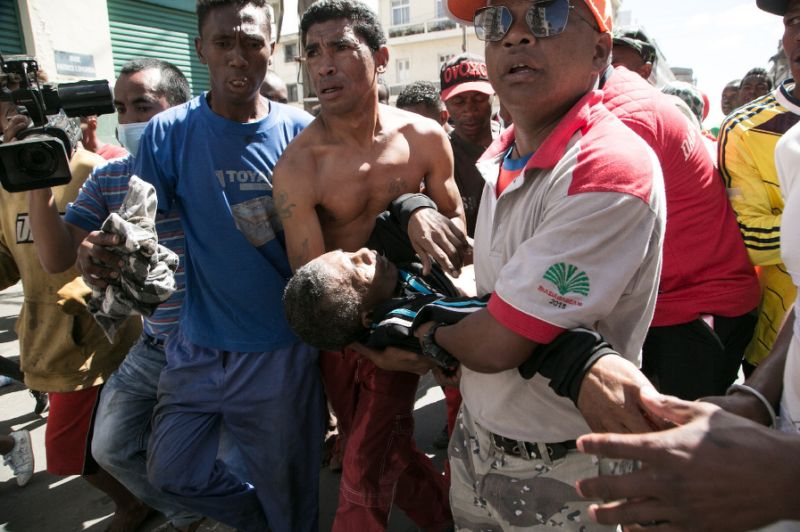 ONE person died and 17 others were injured Saturday in clashes between Madagascar’s security forces and thousands of opposition activists protesting against new election laws ahead of a vote later this year in the restive island nation.

Prime Minister Olivier Mahafaly Solonandrasana said in an address on state television that the country faced a “sad” day with the loss of a life during the demonstrations.

“According to the official report, there is one death and 17 wounded,” he said.

Earlier, Olivat Alison Aimee Rakoto, head of the public hospital HJRA in Antananarivo, had told AFP that they had attended to “17 wounded…, one of whom succumbed to his wounds”. He did not specify if the injured were protesters or police.

The premier said an investigation had been launched “to shed light on the cause of this death”.

“We must now get rid of our habits of looking for solutions through violence,” he said.

Authorities had earlier in the week declared the protest illegal but opposition activists defied the order and forged ahead with the demonstration, which saw thousands throng a public square outside city hall in the capital of Antananarivo.

Clashes erupted after police fired tear gas to try to disperse the protesters as the crowd grew and overwhelmed the security forces, occupying the square, an AFP reporter at the scene said.

Some of the demonstrators reacted by hurling rocks at the officers.

The opposition has accused the government of President Hery Rajaonarimampianina of wanting to muzzle it through new electoral laws in the run-up to presidential and legislative elections due to be held in late November or December.

The opposition claims that three new laws, adopted earlier this month, favour the ruling party and put in place obstacles to the disadvantage of opponents.

Rajaonarimampianina is out of the country on official business, according to his office, which did not specify his location.

“The message to the president of the republic who is out of the country, is that it would be good that you remain where you are,” opposition lawmaker Hanitriniaina Razafimanantsoa said.

Elected in 2013, Rajaonarimampianina has not yet announced whether he will stand for re-election.

But two former heads of state have already mooted runs: Marc Ravalomanana, who was president from 2002 to 2009, and Andry Rajoelina, who removed him during a coup.

Both were barred from running in 2013 and their parties were behind Saturday’s protests.

The Indian Ocean island nation endured several years of turmoil after Ravalomanana was ousted as president in the 2009 coup that led to the withdrawal of foreign investment and donor money.

Ravalomanana was overthrown following an army mutiny that allowed Rajoelina — then Antananarivo mayor — to become the country’s unelected transition president until 2014.