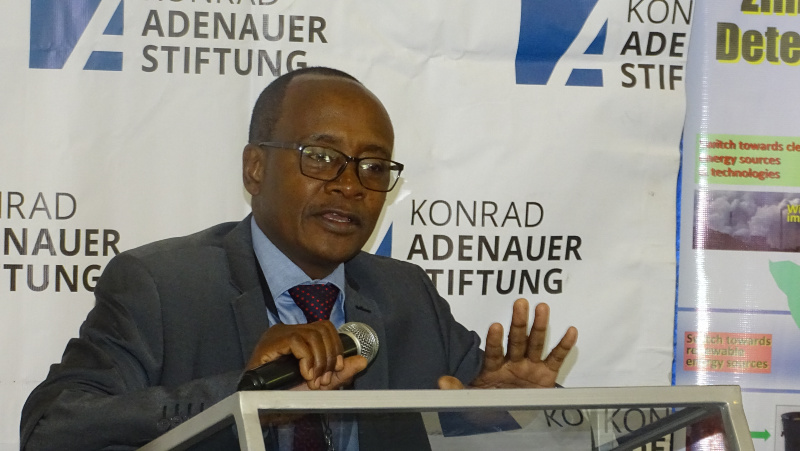 A book which simplifies climate change and provides answers to some common questions about the changing global weather patterns was launched in Bulawayo on Friday.

The book which authored by Anna Brazier and sponsored by Konrad Adenauer Stiftung also details effects of climate change in Zimbabwe and what is being done to combat negative weather phenomena.

Titled “Zimbabwe’s frequently asked questions about climate change” has since been translated into local language Shona and Ndebele.

“This is partly due to language issues, complexity of the subject and poor infrastructure including energy and communication,” said Zhakata.

He said most experts including government officials were finding it difficult in translating climate issues into the languages spoken by the people they serve.

“Sometimes it is really not necessary for these officials including extension staff to be bogged down by translation issues, which come at the expense of implementation of climate issues. The use of vernacular therefore becomes critical.

“As the government prepares to implement devolution, for the program to work, it also became critical for the climate resources including information, education and communication material on the subject to be in local languages which people are comfortable with,” Zhakata said.

He said the new book is going to empower rural people with information and knowledge on climate change.

Zhakata said rural people are often accused of being primitive and relying more on traditional and spiritual beliefs as well as indigenous knowledge system.

He added that these beliefs are sometimes a problem when trying to manage climate change issues such as evacuations ahead of disasters.

“One of the reasons for this so called resistance to change is simply lack of information. This booklet, therefore provides quick answers to people’s frequently asked questions on climate change.

“It also provides local insight of Zimbabwe’s climate priority areas, impact as well as interventions that can be implemented to adapt to the changing climate or reduce climate change causing emissions,” said Zhakata.

Loss of life due to climate change disasters according to Zhakata are a testimony of lack of knowledge, information and understanding of the climate risks, vulnerabilities, possible impacts and adaptation options.