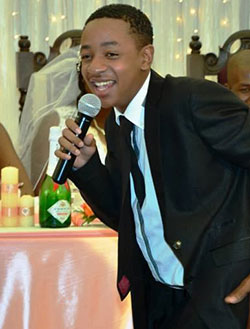 IT was a revolution that came with one Carl Joshua Ncube. He is probably the godfather of stand-up comedy.
But the story goes that cricket and the bones of its origin are housed at Lords in England but the Asians came, saw, took the formula and perfected it.
Such may be the case with Zimbabwean stand-up comedy. Carl may be the trailblazer, but even he has to stand aside and look in awe at arguably the face and future of Zimbabwean stand-up comedy – Clive Chigubhu.
It is a dingily lit conference centre in Norton and Pakare Paye Arts Centre is hosting its very first stand-up comedy show as it marks ten years of existence as an arts hub.
Slim, light, almost totally diminutive and dressed in khaki, is Clive, having travelled all the way from Bulawayo to be part of the momentous occasion.
Clive steals the show from the other comics on the line-up and, as his surname Chigubhu suggests, the chap is a bottle full of talent.
The other comics who are here to entertain include; well who remembers? In fact who cares? The little man from the dusty streets of Bulawayo is obviously the toast of the crowd who can’t get enough of him!
“I like to tackle everyday issues that make people reflect and laugh as I poke fun at them and also interrogate my life as a young Shona boy growing up in Bulawayo’s high density suburbs,’’ he says with consummate composure afterwards.
A sure shot rib cracker, it seems the essence of this fast-rising meteor in stand-up comedy is miles ahead of the pack because he intertwines current affairs with personal experiences, not hoping to score on the everyday street joke but in fact researching around his jokes. The result is a well-polished act that flows seamlessly from his rather mischievous looking lips. Yu never know what he is going to spew out next.
From jokes about the use of newspapers in lieu of toilet paper, where he struggles to wipe himself clean after completing a ‘number two’ in the toilet using the last piece of paper which bears the face of his respected Bulawayo arts icon Cont Mhlanga – to whom he apologises before wiping his behind with Cont’s face – to jokes about gays in the Zimbabwean military parading before President Robert Mugabe, Clive is the comic par excellence.
Clive Chigubhu on Prophets