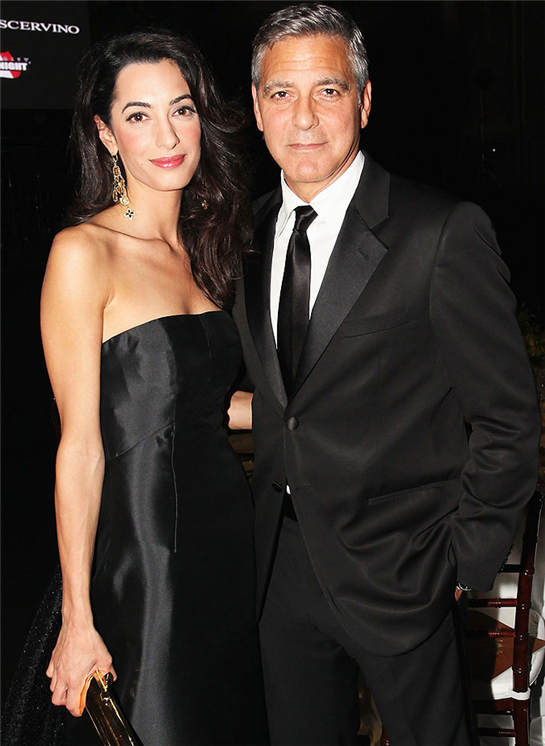 HOLLYWOOD’S most eligible bachelor George Clooney has tonight married British human rights lawyer Amal Alamuddin in a private ceremony in Venice, the actor’s representative has confirmed.
The pair celebrated at the luxury Aman hotel overlooking the romantic city’s spectacular Grand Canal.
The guests were seen taking gondolas and canal boats to the event, with Clooney dressed in a tuxedo waving to crowds.
His long-time representative Stan Rosenfield confirmed the marriage in a one-line statement to the Associated Press.
The couple arrived in the Italian city yesterday flanked by family and friends and a string of celebrities in preparation for the lavish weekend affair.
Famous guests include Matt Damon, Ellen Barkin, Anna Wintour, Richard Kind and Bono and his wife.
Earlier the 53-year-old Oscar-winner enjoyed a drink with supermodel Cindy Crawford and her husband Randy Gerber on a hotel terrace.
But the 36-year-old bride has not been seen since the bridal parties were spotted on their way to a lavish dinner last night, with Alamuddin looking glamorous in a red waterfall gown.
Human rights lawyer Alamuddin was born in Beirut, educated at Oxford, and is based in London.
She has represented WikiLeaks founder Julian Assange and been described as a ”passionate defender of human rights”.
Clooney, who shot to fame playing Dr Doug Ross in medical drama ER, was previously married to actress Talia Balsam and had said he would never marry again, though he has dated a string of women including Lisa Snowdon, Stacy Keibler and Elisabetta Canalis.Advertisement