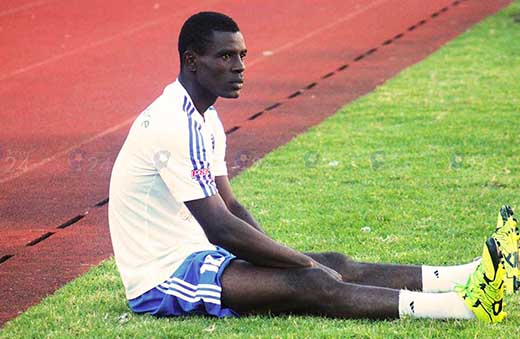 DYNAMOS face a crisis as they prepare for their Castle Lager Premiership tie against Shabanie Mine at Rufaro Stadium on Sunday as two of their goalkeepers Tonderai Mateyaunga and Blessing Mwandimutsira are battling to recover from injuries.

The Glamour Boys also have striker Tawanda Macheke on the injury list.

“Our preparations are going on very well but we have a few challenges. We have Tawanda Macheke who has an ankle injury. We also have two of our goalkeepers who are injured and as you can see we have rested them. We will have a look at them tomorrow but we hope they will recover for the game against Shabanie,” said assistant coach Biggie Zuze.

Zuze is in charge of the team in the absence of head coach Lloyd Mutasa who is away in Zambia with the national soccer team where they were invited for a four nations’ tournament.

The Glamour Boys’ assistant coach also revealed the technical team was not happy with the way the club hierarchy was handling the issue of chief striker Christain Ntouba Epoupa.

He said they desperately needed him in the team after their defeat to Chicken Inn in the opening match of the season in Bulawayo last weekend.

“Epoupa is our top goal scorer. We need him in the team like yesterday. We are not happy with the way the leadership is handling the issue. We don’t know why they keep dragging on this issue. We lost to Chicken Inn but we created plenty of opportunities. We are not scoring and we need him. They (leadership) were there in Bulawayo and they saw it. We just hope they finalise the issue,” said Zuze.

He added that they created chances against Chicken Inn and were working on the finishing aspects of the game.

“Although we lost to Chicken Inn, the good thing is that we are creating chances and all we need is to work on finishing. We are also not happy with our defending. We don’t expect to concede such a soft goal and this is something we have been working on. Against Shabanie it should be different,” said Zuze.

Dynamos owe the Cameroonian $16 000, which includes part of his signing-on fees and unpaid allowances from last season.

Although he has been training with the team, he refused to travel to Bulawayo for the match against Chicken Inn which they lost.  The player’s manager, Gilbert Sengwe, has been trying to negotiate with Dynamos so that they pay him part of the money he is owed.

Those negotiations have, however, not yielded results.  On Wednesday, the Glamour Boys who had initially said they had secured $6 500 offered to pay $5 000 instead, which was rejected by Sengwe, who accused the club of not being sincere.

The two parties had agreed that the player would be paid part of the money before the start of the season. However, that did not happen with Dynamos claiming their coffers are dry.

The club hierarchy was yesterday still battling to raise money to ensure Epoupa plays a part against Shabanie on Sunday.