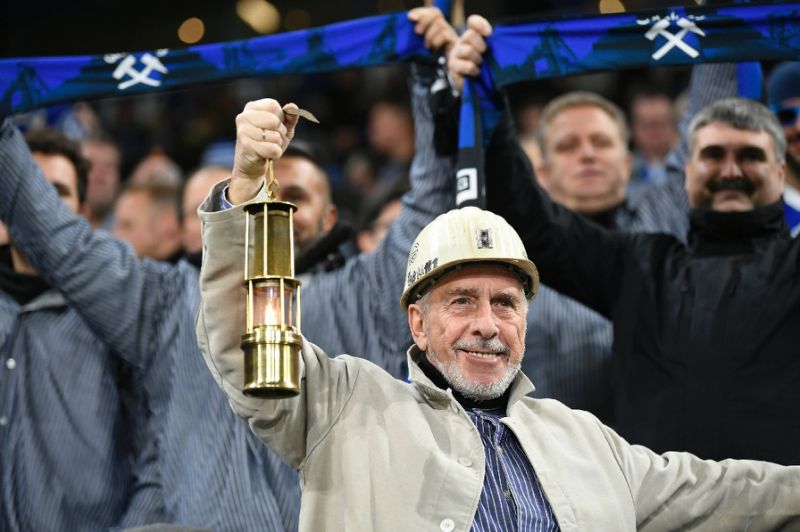 When Germany’s last black coal mine shutters Friday, it is not just miners who may shed a tear — football fans too will mourn the end of a pillar of the nation’s industrial wealth.

“Coal, steel, football and beer are inseparable here, they permeate our culture and our community,” said Borussia Dortmund chief executive Hans-Joachim Watzke ahead of the final shift in the mine at Bottrop at the heart of the Ruhr region.

This industrial region — rich in coal, the basis German industry since the 19th century — is also the gritty home of some of Germany’s best-loved football clubs.

“Without this mining history, we would not have the clubs we have today, which come directly from the world of mining,” Manuel Neukirchner, director of the football museum in Dortmund, told AFP.

Bundesliga clubs Dortmund and Schalke, the name of a suburb of the city of Gelsenkirchen, are the standard bearers of the densely populated Ruhr basin, colloquially known as the “Ruhrpott”, that is home to five million people. Also here are Bochum and Duisburg, who currently play in the second division.

Since World War II, the area has boasted seven professional clubs. In Europe, only London has a greater concentration of teams in such a small area.

The Bottrop mine lies 10.5 kilometres (6.5 miles) from Schalke’s Veltins Arena.

As a nod to their shared heritage, Schalke on Wednesday invited 2,000 miners for their Bundesliga match against Leverkusen and the name of one of the mine shafts was printed on the players’ shirts.

On Saturday, Dortmund players will take their turn to wear the thank-you message “Danke, Kumpel” — a word that in German means both “miner” and “buddy” — on their chests.

“These tributes to a vanished world go straight to the heart of the fans,” said Hartmut Hering, a local football expert.

“For the clubs, it’s 80 percent marketing and 20 percent conviction, but in the end everybody is a winner. The clubs know that respect for the tradition is a condition of the support of their fans.”

Football in the Ruhr has always been more than just weekend entertainment — it is the anchor of communal life that celebrates the virtue of solidarity, indispensable in the dangerous work below ground.

It is no accident that Dortmund fans have adopted Liverpool’s anthem “You’ll Never Walk Alone” to welcome their players before every game.

Schalke was the first stronghold of regional football and won six German league titles between 1934 and 1942.

The Second World War left Germany’s industry in ruins and its population hungry, but the Ruhr’s coal became a vital resource for the country’s reconstruction and the industrial “miracle years” to come.

Hundreds of thousands of migrants flocked there from regions lost by the Reich that are now part of Poland, and mingled with the local population to extract the black gold, followed in the 1960s and 70s by labourers from Turkey.

For the “Kumpel”, football was one of the only distractions and the cement of their new community.

“This was the time when mines supported ‘their’ teams, using coal as a barter product for footballs, jerseys, shoes, or to host visiting teams,” Hering told AFP.

“The best players had a privileged status to allow them to train. And in those lean years, teams were getting extra food rations.”

“On Sunday everyone was at the stadium, and on Monday back in the mine, we only talked about the match!” recalled Jule Ledorf, a legendary striker of the post-war era, before his death in 2015.

“At the time we couldn’t afford to play badly. The whole family was in the stands, and the comrades in the mine would speak to us about it all week, saying ‘Hey, Jule, why didn’t you put that ball into the back of the net?!”

The heart of industrial Europe, the Ruhr also became the epicentre of football on the continent in 1997 when Schalke and Dortmund won the UEFA Cup and the Champions League a week apart.

“I still get goose bumps when I talk about it,” smiles Neukirchner. “At the time the supporters of the two rival clubs fraternised, and shared the same war cry: ‘Ruhrpott! Ruhrpott!'”