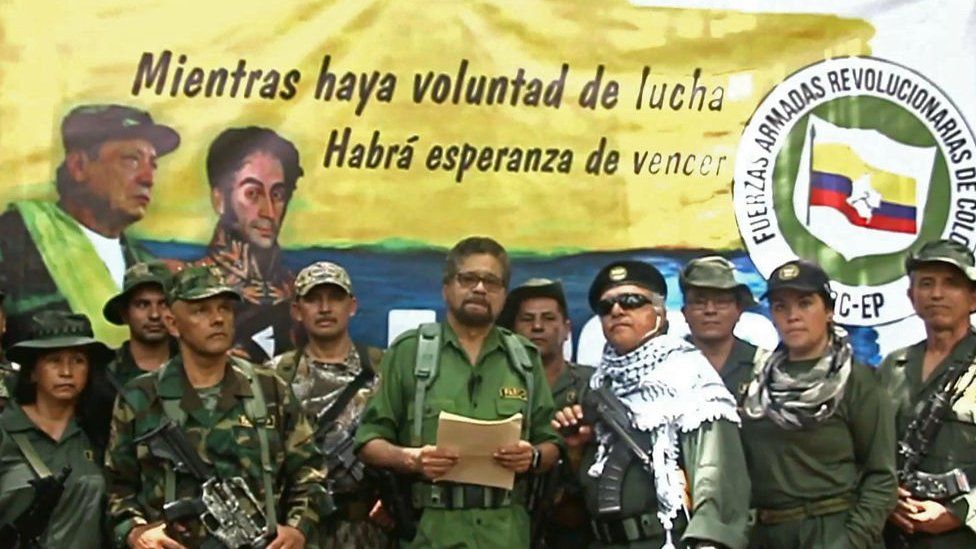 A DISSIDENT former leader of Colombia’s Farc rebels has been killed in an ambush in Venezuela, local media reported on Sunday.

His death has not been officially confirmed and the Colombian army said it had no knowledge of the killing.

Local media have speculated that mercenaries may have killed Velásquez, seeking rewards for his capture.

Colombian authorities told El Tiempo newspaper that it will not confirm his death until officials have seen his body. A spokesperson for Colombian president Iván Duque told Reuters news agency that his office was seeking more information.

The Farc rebels were a Marxist group that waged a bitter war against the Colombian government for over 50 years, before eventually calling a ceasefire in 2016.

A commander of one of the Farc’s most feared units, Velásquez became notorious for the severity of his attacks. He was behind a car bombing in the Colombian capital, Bogata, that killed 36 people and wounded nearly 200 more in 2003.

Who are the Farc?

The former rebels who need bodyguards to stay safe.

His reputation was so well known that when he joined peace process talks in Havana in 2016, many saw it as a sign that the guerrillas were truly committed to laying down their arms.

But in 2018 he broke with the truce and reappeared a year later alongside former Farc leaders Iván Márquez and Jesús Santrich to announce the formation of a new rebel group called Segunda Marquetalia, and declared that he was taking up arms once more.

If his death is confirmed it will be the second major loss for the group this year.

Santrich, once a key figure in the peace process, was killed in a shootout in Venezuela in May by what the dissident group claimed were Colombian army commandoes.

Some 13,000 Farc guerrillas have laid down their arms since the 2016 ceasefire and the group has since transitioned into a minor political party, holding 10 seats in the Colombia’s congress.

Nonetheless, violence continues in some regions of Colombia where an estimated 5,000 dissidents continue to fight against government forces.

The Colombian government has repeatedly accused Venezuelan leaders of harbouring Farc dissidents and has claimed that an attack on a helicopter carrying President Duque in June was planned from the neighbouring state.