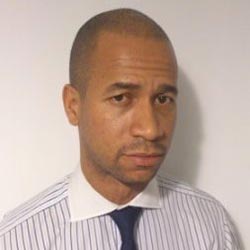 This is the second of a series by Clive Samvura on the case for reparations and compensation for slavery and colonialism. Clive discusses how African States can bring a collective action and finality to their just claims for reparations and compensation for slavery and colonialism, and more importantly how much is due.
The case for reparations and compensation has now become a question of morality and ethics.
MORAL forces need to permeate the area of today’s international law. The law among states is largely defined by changing humanitarian ideals and is supposed to recognise that their influence must be considered to properly evaluate the potential for African reparations. By evaluating the legal avenues and pitfalls for African reparations, we need to advance the reparations discussion toward a permanent solution that is acceptable to all. Compensation for the oppressed is not the objective; nor is absolution for the oppressors. The real goal should be a lasting peace, devoid of both feelings of victimization and of undue blame. Humanity must find a way to put the issues of slavery and colonialism to rest. Only by understanding the moral forces behind the dynamic concept of international human rights can a resolution that does not inspire future resentment be found.
Self-determination for Africa
The perception of the reparations issue is fundamentally different for Africans than for African Americans. While slavery is the family history that defines the African-American community, it is for many Africans an abstraction of the past, overshadowed by Africa’s later struggles against European colonialism. Although the African reparations movement necessarily includes many of the same claims of oppression and unjust enrichment as the African American perspective regarding slavery, the African view also focuses on the lingering economic effects of colonialism.
Unfortunately, at this moment in time, the African reparation movement seems to only be concentrating on debt forgiveness. From my own point of view, this is where we lose the plot as Africans, the debt we have accumulated over a few decades is not going to compensate over 400 years of slavery followed by almost a 100 years of colonialism. We need to take $777 trillion dollars as the starting point; we should not limit this to debt forgiveness but try to push for a figure which suits the crime. The African Americans on the other hand seem to be focusing on the educational and social reforms sought in the United States.Advertisement