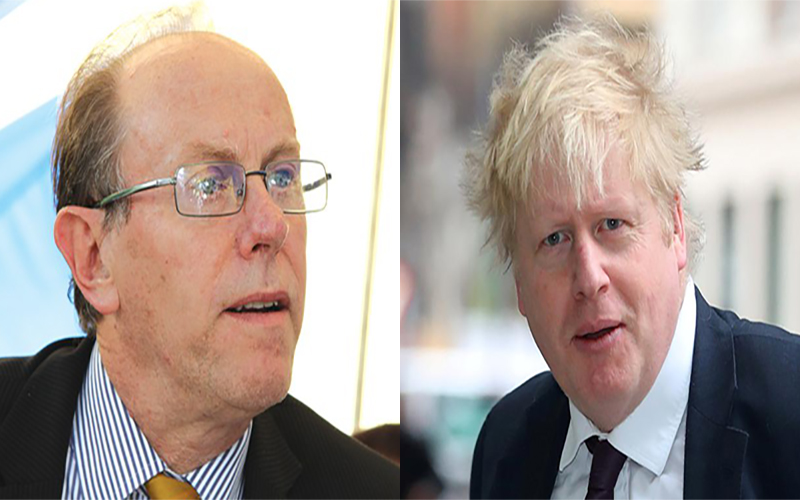 FORMER education minister David Coltart says he is appalled by the way the Commonwealth and the British government have rushed to embrace President Emmerson Mnangagwa.

The opposition politician accused “the (Mnangagwa) regime of brazenly violating the country’s constitution by refusing to open up State media”.

A member of MDC party led by Professor Welshman Ncube, Coltart said Zanu PF was refusing to open up State media in violation of section 61(4) of the constitution, in addition to firing of striking nurses without following due process.

“I’m utterly appalled by @ Commonwealth and the #British government feting the Zimbabwe regime as it brazenly violates our constitution refusing to open up State media in violation of section 61(4) and by firing nurses without due process and all rest,” said Coltart on Twitter.

The UK government has actively engaged with efforts by Mnangagwa’s government to improve relations which had been frosty for nearly two decades under former president Robert Mugabe.

Britain recently invited Zimbabwe for a roundtable meeting on the side-lines of the Commonwealth Heads of Government summit in London.

UK foreign secretary Boris Johnson also told media that his country would back a Zimbabwe bid to re-join the Commonwealth if elections scheduled for between July and August go smoothly.

“July elections will be bell weather for the direction of new Zimbabwe.

“The Zimbabwe government must deliver the free and fair poll which the people of Zimbabwe deserve and which it has promise,” said Johnson during a meeting with Harare’s foreign affairs minister Sibusiso Moyo.

However, human rights campaigner Saleni Mutseyami concurred with Coltart, and warned that Johnson’s comments on potential Commonwealth membership were “premature”.

“You can’t say everything has changed in just a few months. They should, at least, be looking at two or three elections over five to 10 years in order to see if a record of substantive change is set,” Mutseyami told media.

Zimbabwe was suspended from the commonwealth in 2002 following presidential elections that were marred by violence.

It formally left the organisation, an association made up mostly of former British colonies, the following year.