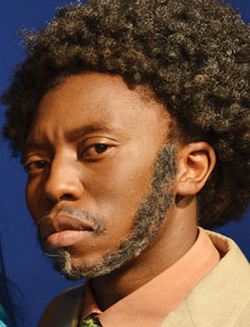 THE Zimbabwe Broadcasting Corporation (ZBC) is notorious for several reasons.
First, as a mouthpiece for the Zanu PF party, whose 91-year-old president Robert Mugabe recently fell over at the airport, causing a worldwide avalanche of memes and a more localised effort to suppress the original evidence.
Second, for its appalling technical glitches. And, third, for its ingenious spoof by two Harare comedians, Comrade Fatso and Outspoken, who met on the underground hip-hop scene and are risking their lives to make some of the sharpest satire on the continent.
Introducing Zambezi News, the subject of this Friday’s Unreported World (Channel 4), and a brave parody of Zimbabwe’s state-controlled broadcaster that threatens to leave its audiences in stitches, “because [our] CIO [Central Intelligence Organisation] friends will beat you if you don’t find the show funny”.
Blessed with a relentless stream of material provided by Mugabe, his wife, Grace, and warring cronies, Zambezi News is watched by six million Zimbabweans.
Currently on its third season, it’s distributed via 30,000 samizdat DVDs and shared on Facebook, YouTube, and WhatsApp.
Think production values that make Prisoner Cell Block H look slicker than the final series of Mad Men, with adverts for “Patriotism spray” (‘not to be sold to children with access to dual citizenship or black Zimbabweans with white tendencies’), and dubious characters such as the Minister for Impending Projects.
“We have to be creative in how we distribute and publicise the shows because we get no airplay on state-controlled media,” Samm Farai Monro, AKA Comrade Fatso, tells me.
They also have to avoid arrest when scripting their shows. “A lot of people ask how we’re still alive,” he admits.
“We know we’re risking our safety. One of our actors was accosted by state security agents for pursuing an anti-government agenda.
“And on the launch day of Seasons Two and Three we were harassed by the CIO. But we went ahead.”
There are often CIO members in the audience of their weekly live show in Harare. So far, the comedians have been left alone but with hundreds of anti-Mugabe activists arrested and tortured, how are they pulling it off?
“We don’t quite know why,” says the documentary’s director Lottie Gammon.Advertisement

“Is it because Mugabe is loosening his grip? Because there’s a leadership challenge? Or are they being held up as examples to prove the government does allow freedom of speech?”
No one knows what the future holds for Zambezi News or Zimbabwe. Three quarters of the population live in poverty and living standards have regressed to 1960s levels.
Speculation over Grace Mugabe’s position is mounting and the economy is in freefall. Basically, Zambezi News is needed more than ever.
“When we started out there was nothing else like this in the country,” says Monro.
“Now there is a whole new movement of Zimbabwean satire. We intend to continue with our strategy.”
Which is? He laughs. “To hide in plain sight.”
Unreported World: Standing up to Mugabe, Friday, 7.30pm, Channel 4