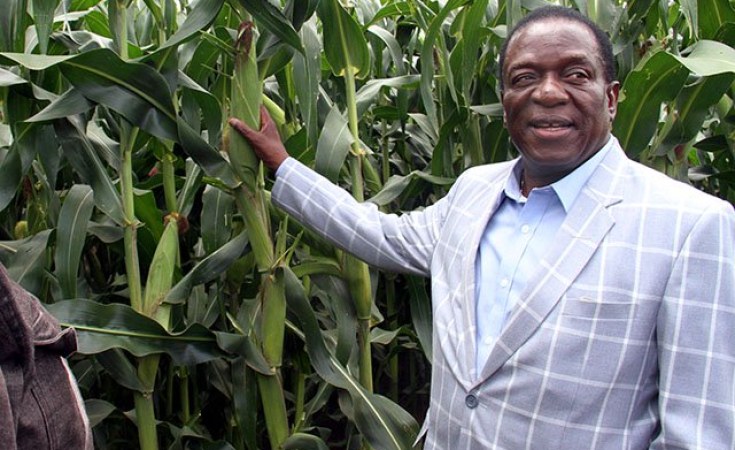 ZIMBABWE imported agricultural products worth more than US$1bn — half of it maize — last year, despite investing more than US$3bn in “command agriculture”, a controversial programme to ensure food self-sufficiency introduced in 2016.

This revelation is contained in a recently released quantitative study titled “Zimbabwe Agricultural Survey Report” which suggests that agriculture should be run on a free-market system and the government should create an enabling system just like in tobacco,  the only success story.

The lead researcher of the report, Prof Gift Mugano, told TimesLIVE that command agriculture is registering a low uptake because the government is interfering in maize production.

“The price of maize is gazetted by the minister of finance and the sole buyer, Grain Marketing Board (GMB), takes long to pay farmers at the end. Even with subsidies farmers run losses, that’s why farmers are now avoiding this area,” he said.

The report notes that in 2019 there was a huge decrease in the production of maize, the staple crop whose major contributor to the national output is mainly smallholder farmers and peasants.

“One striking observation from the 2019 maize yield is that on average, maize yield per hectare declined by about 54%,” the report said.

More than 7.5 million Zimbabweans in urban and rural communities require food aid, according to the UN fact sheet. Zimbabwe requires 100,000 tonnes of maize per month and most of that comes from SA. As such, food inflation in SA has a direct effect on Zimbabweans and their access to food at affordable prices.

The report argues that despite climate change and other natural disasters such as drought, government policy contributes to the man-made negative effects of agricultural output.

“Over and above the effects of climate change and economic hardships, policy in a way significantly contributes to poor output in the agricultural sector. Production of crops such as wheat and soya beans remain low because of price controls since the government set prices on these commodities,” the report says.

However, there has been an increase in cash crop production because of private sector support.

“For the production of cash crops such as tea, macadamia, sugar cane, and tobacco, the study noted that there has been progressive growth in the production of these crops because they are largely funded by the private sector through contract farming, though farmers lack collateral security,” says the report.

Since the turn of the century, at the beginning of chaotic land reforms, the government had embarked on various initiatives to mechanise new farmers. However, the Reserve Bank of Zimbabwe’s quasi-fiscal approach to agriculture and, most recently, command agriculture, benefited the ruling elite.