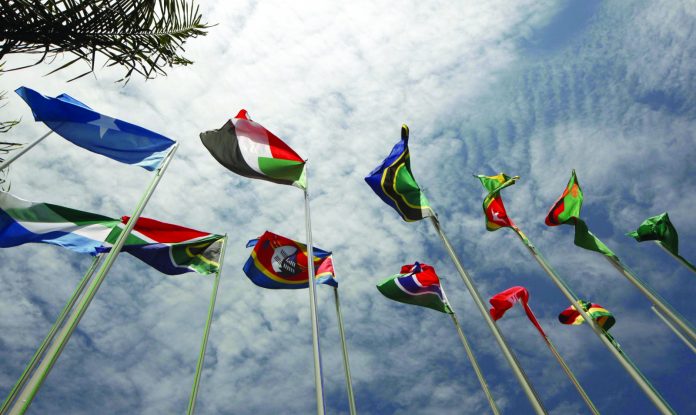 AFRICA Day, observed on May 25 of every year, originally commemorates the formation of the Organisation of African Unity (OAU) in Addis Ababa, Ethiopia in 1963.

There, determined fathers and mothers of the continent met to chat the way to liberty following prolonged European colonisation.

This momentous occasion became the turning point in Africa’s determination to liberate itself, with the host, Emperor Haile Selassie, declaring that until the last colony was freed, there shall be no rest.

It was affirmed then that independence shall be pursued through peaceful means, but where that was impossible, by violence.

This dictated the agenda of unity and self-reliance.

Decades since that occasion, Africa is fractured, characterised by war, corruption, famine and dependency.

The vision of these great men and women been bastardised, distorted and manipulated by former liberation movements who cling onto power on the basis of a distant memory of anti-colonial struggle.

It is, however, not a mark of doom for pan-Africanism. We are collectively duty bound to protect the legacy and idea of pan-African struggle, and this means protecting its fabric and founding leaders from the imperial gaze and the perspectives of global capitalism’s conception of how to chart development.

At the crux of pan-Africanism is the idea that the people who belong to the continent of Africa, who are identified by the colour of their skin, have suffered immeasurable trauma, oppression, exploitation and murder at the hands of the Western world.

It is the idea that there needs to be a consolidation of the African identity away from the lens of Western civilisation, meaning that we must break away from being characterised as objects for cheap, exploitable labour.

Pan-Africanism calls on us to rejuvenate the African identity that so many colonialists attempted to craft as one of darkness, devoid of history, development or even a semblance of contribution to the progress of humanity. It is to rescue African norms, cultures and ideals, from being othered, vilified and ridiculed.

Perhaps the most pertinent is that it is a call to place Africa as an equal in the global scheme of society, in the face of centuries of deliberate underdevelopment and continued infantilising of the economies and governance systems of the continent. It is to say to the imperial world that we owe them no colonial debt, we want to maximise the minerals of Africa for African people and we are no longer a colony to be micromanaged.

As part of a broader school of liberation thought, pan-Africanism has leveraged socialism, Marxism, Leninism and the black consciousness strands of thinking to underpin the practical policy formulation towards liberation.

In Ghana, Nkrumah led the nation as the beacon for independence, crafting a seven-year plan that was based on industrialisation, agricultural development, investment in health, education and road infrastructure. Nkrumah became a leader among his peers in advocating for self-reliance, independence and demolishing the economic system where Africa is a site of extraction of wealth for the West, importing finished goods at a higher rate than the sale of valuable raw materials.

He undoubtedly laid the basis for the ideals of pan-Africanism as a guide to governance of an independent Africa.

Nkrumah was removed by an imperialist-sponsored coup in 1966, which was followed by a regression into dependency on loans from the International Monetary Fund and World Bank and harmful neoliberal policy.

In Tanzania, through the policy outlook of ujamaa, Julius Nyerere sought to build an independent Tanzania on the basis of self-reliance and social responsibility, to achieve true independence and economic and political development

Nyerere advocated for collectivising agricultural production, increasing literacy and abolishing tribal and ethnic division not only in Tanzania but the continent. He was devoted to the ideal of an African government and economy, mindful that the disunity of the continent served our oppressors.

In Libya, Muammar Gaddafi led the transition from a regressive monarchy to a socialist and political state founded in the prosperity of the masses. Under his leadership, the government provided free education and healthcare for his citizens, with literacy rising from 25% to 87% under his regime. It was in Libya, where the land was controlled by the state, a citizen would be allocated a farm, seed product and a home should they apply.

Gaddafi was assassinated in a coup led by the war alliance known as Nato in 2011. Today Libya has dwindled into enslavement of Africans by Arabic people, moral, political, economic and social decay.

In Burkina Faso, Thomas Sankara’s land and mineral wealth was nationalised; subsequently wheat production rose in three years from 1 700kg a hectare to 3 800kg a hectare, making the country food self-sufficient and its banks independent from loan schemes from the West.

Sankara was popularly known as the Upright Man, championing initiatives of ensuring public servants use the same amenities and social welfare institutions as the public, under the Sankara Oath. Sankara was assassinated by a French-led coup, which used his closest ally, Blaise Compaoré, to reverse the gains of the revolution and subject Burkina Faso to structural adjustment programmes imposed by loans from the Bretton Woods institutions that Sankara despised.

In Guinea, the French sabotaged Sekoure Toure, that colossus who sought a clean break from the colonial yoke.

The common thread and lessons we must learn here is that when in isolation, neo-imperialism will destroy any attempt at African independence. It does this through violent coercion, through military coups and assassinations, but beyond this, it achieves its aims subversively.

Capitalism has embedded itself as the only legitimate system of organising society, by presenting personal self-interest and wealth accumulation as human nature, as opposed to a sentiment of collective goodwill for societal progress.

The war against imperialism and towards pan-African unity begins in the mind and, as things stand, much work needs to be done in stifling the capitalist sentiment of individualism and self-interest that is detached from the upward mobility of society as a unit.

As we reflect on 59 years of the formation of the OAU, let us separate lies from the truth in what pan-Africanism represents and the successes that have been stifled by the capitalist global order.

We must build on the gains of those who came before us, to ensure that generations of Africans know there is a legacy of resistance to our dependence on the West, and it will take determination to revive this once-great movement for African unity.