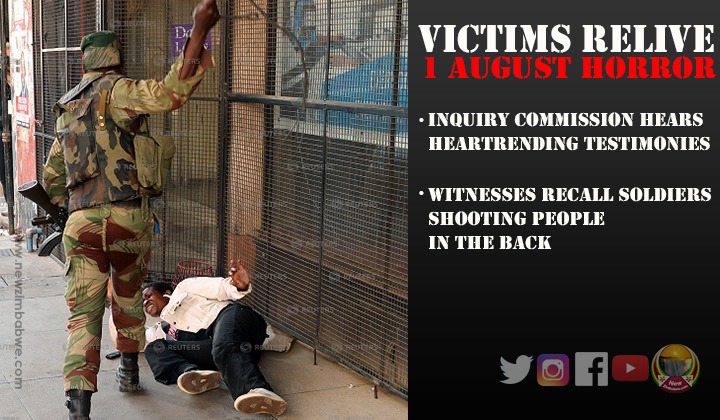 HARARE: 48-year-old Garvey Edwards was shot twice point blank by a soldier; one of the many he had taken selfies with in November last year as the military helped topple long-serving ruler Robert Mugabe.

The same soldiers he celebrated the coup with shot him dead after he questioned their actions along Simon Muzenda street in Harare on 1 August.

He left behind a 13-year-old daughter, said tearful sister Elizabeth Edwards while testifying before the Commission of Inquiry into the post-election violence.

She was one of the many victims who could not hold back her tears as she recalled that fateful day in Harare when seven civilians were gunned down by the army as the opposition protested the election results.

“A lady witness attended his (Garvey) wake and said that my brother was shot after he questioned the motive of one soldier who had just shot someone in the back; he turned around and asked the soldier ‘what are you doing?’ and the soldier shot my brother twice.

Edwards also revealed that an initial post mortem had claimed that her brother had been stabbed before being corrected later on by an unnamed doctor. 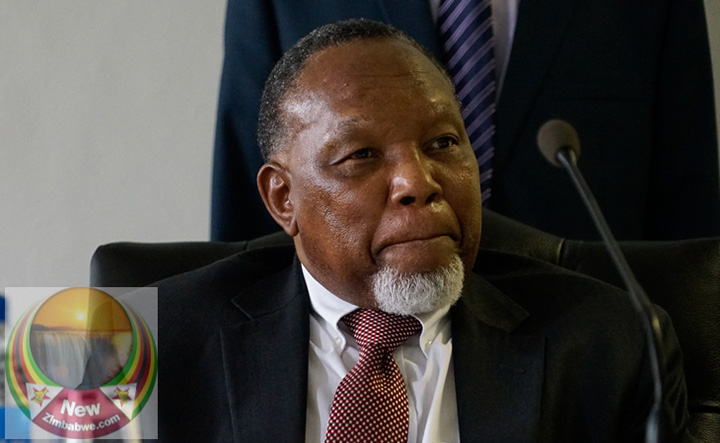 President Emmerson Mnangagwa set up the Kgalema Motlanthe-led Commission of Inquiry into the 1 August shootings after widespread local and international condemnation of the killings.

The commission was also tasked with investigating the police response, circumstances which ‘necessitated’ military involvement and whether the degree of force used by members of the security sector was proportional to the ensuing melee.

Tineyi Zhuwao’s brother Brian, a vendor operating in Harare’s CBD, was also shot from the back with a bullet going through the pelvic area and out through his right thigh where it left a gushing open wound he said will always be a part of his memory.

Surprisingly though, Zhuwao’s plea was not for justice to be served to the military officer who shot his brother; instead he appealed for assistance to take care of the family his late brother has left in his care.

“I stay in Epworth and dig wells for a living in areas such as Mabvuku, Tafara but the money I get is not enough to take care of anyone including me which is the reason I was staying with my late brother, sister in law and uncle all along,” he explained.

“After the 1 August shootings we could not sleep as my brother had not arrived home by 8pm yet he was usually home at 6pm. I would wake up to ask my sister-in-law and uncle whether he had arrived or not throughout the night.

“In the morning we decided to go to Harare Central Police Station where cops at the charge officers directed us to Harare Hospital. There we were we directed to Parirenyatwa Group of Hospitals where we eventually found my brother’s body.

“I inspected his body and noticed the wounds on him and proceeded to make burial arrangements; the doctor who I talked to is the one who told me that my brother had been shot and conversations with his best friend revealed that he had been shot whilst running away from the military at Copa Cabana,” said Zhuwao.

These were some of the testimonies the commission heard on Thursday, which marked the fourth day of the hearings.

The hearings are expected to continue on Thursday.