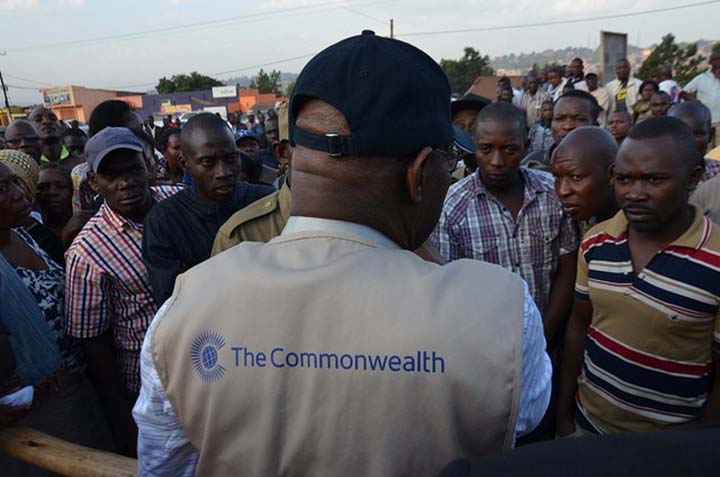 THE Commonwealth Observer Group has released its final report on the country’s July 30 elections which it conclusively condemned for failing to meet international standards.

The damning report is yet another blow for President Emmerson Mnangagwa’s re-engagement efforts with the world’s influential economies.

In the report, the group expressed concern over a number of technical and political shortcomings, which it felt tended to give the ruling party more advantages over the opposition.

These included state media bias towards Zanu PF, the Zimbabwe Electoral Commission’s limitations in the implementation of its mandate, persistent allegations of intimidation and the unfair use of incumbency privileges.

The group further singled out for condemnation, the post-election violence in which six civilians were shot and killed by the army which had been deployed to quell wild protests by opposition supporters in central Harare.

“Because of these shortcomings, the Group concluded that it was unable to endorse all aspects of the process as credible, inclusive and peaceful,” reads part of the report.

The observer group urged authorities in Harare to abide by the dictates of the country’s constitution which it said tallied with a set of values agreed with the Zimbabwean government before the two allies broke ranks soon after the turn of the century.

“Zimbabwe enjoys a special historical relationship with the Commonwealth: it was in Harare in 1991, that Commonwealth Heads of Government agreed the Harare Commonwealth Declaration committing their countries to a set of core values, including democracy, the rule of law and human rights.

“These values are reflected in Zimbabwe’s 2013 Constitution. It is our hope that our recommendations and conclusions will contribute to their full implementation,” said the observer group.

Mnangagwa is keen on readmitting the country back to the Commonwealth.

The Zimbabwean leader, who elbowed former President Robert Mugabe out of his job through a popular military coup a year ago, this year finally ended his predecessor’s ban on Commowealth and EU observer groups to come and monitor the country’s polls.

The observer team’s report could be a setback to Mnangagwa’s attempts to impress and convince the international world he was on the path to returning the pariah state back to democracy.

Addressing local and international journalists July this year, Commowealth team leader and former Ghanaian President John Dramani Mahama suggested the observer mission’s report may have a big say on whether Zimbabwe was now fit for readmission into the former British colonies’ club.

“We are aware that Zimbabwe seeks to rejoin the Commonwealth. I believe these elections will play a key part in looking at this assessment,” Mahama said.