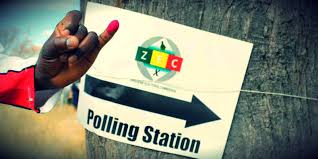 Checheche: A local youth empowerment and peace lobby, Platform for Youth Development (PYD), has launched a programme in which they are encouraging young people and virgin voters to come out in their numbers and vote on this 30 July.

The organisation also mobilised and persuaded local politicians from various political parties to commit themselves to a peaceful election through signing a peace pledge in front of at least 5 000 villagers attending the event.

While campaigning for young and virgin voters during the biometric voter registration exercise, PYD placed a target of 200 000 new voters in Manicaland province alone.

In identifying these, the group used community meetings and sports tournaments where they would go on to assist the prospective voters get the documentation required for them to register.

These are part of the lot which PYD at the weekend followed up on, mobilised and invited to the new campaign launch they code named #Get out and Vote Campaign.

The organisation’s director, Claris Madhuku told NewZimbabwe.com at the launch that they were overwhelmed by the attendance of politicians from across the political divide.

“Peace and social cohesion within a community is so important and that is why politicians from different political parties have committed through this noble initiative to politicians to peaceful campaigns as we head for the national election and it was not easy for this event to happen given previous conflicts our areas have had,” said Madhuku.

“The peace commitment by politicians has opened up a new vista of possibilities here and we are confident that political violence and human rights abuses we used to witness especially during election time are now things of the past. As you have seen, senior representatives from MDC Alliance, MDC T, NCA, CODE, PRC and Zanu PF have freely appended their signatures to the peace pledge and to us and the entire community this is a great achievement which we never for year thought that it would happen,” Madhuku said.