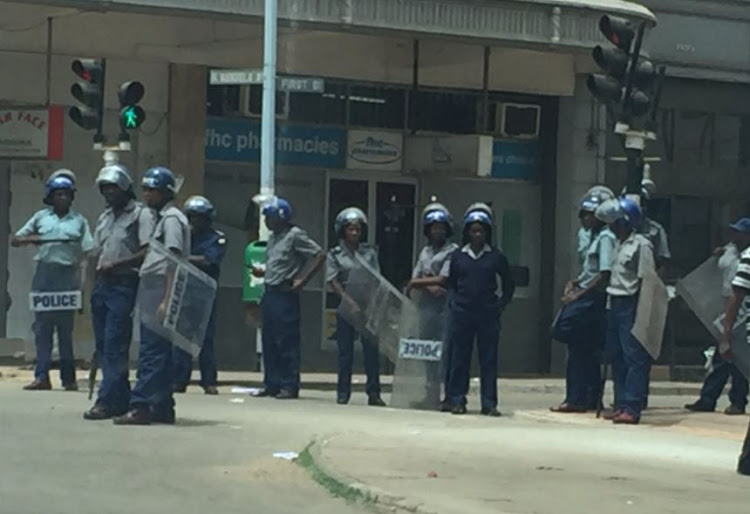 Hwange: Authorities in Hwange have given in to pressure from residents and closed the Hwange truck stop which had become a haven for prostitution and other criminal activities.

Residents had on numerous occasions expressed concern at various fora appealing to police and the local board to do something about the area where commercial sex workers and criminals had erected shacks.

The hookers have been targeting long distance truck drivers who used to park at the site while criminals would use the place as a hideout from where they were launching their attacks.

Truck drivers who mostly transport coal from Hwange, have been ordered to park at the mines from where they load.

A visit to the truck stop recently showed that a night club that was operating at the site has been closed and the “shanty town” deserted.

Some brick moulders a short distance from the area said police raided the area recently.

“Police and some people came and destroyed the sharks and ordered trucks to leave the place. They said the place was now harbouring criminals,” said a resident.

Hwange Residents Association chairman Fidelis Chima said locals had been living in fear of criminals that had invaded the area.

“The truck stop had become a haven for criminals with people dealing in fuel, coal and other items. It was now like Sodom and Gomorrah as prostitutes roamed freely while those who mould bricks would buy coal from trucks to burn the bricks,” said Chima.

A number of people have been found dead on a railway line passing nearby and allegations are that the attackers were inhabitants of the truck stop.

Last week, a 38-year-old boozers’ goalkeeper Shaft Zulu who used to sell diesel in Hwange was killed by some people he had allegedly quarrelled with while dealing in fuel at the stop.

His body was found along the railway line. Police confirmed that a murder case had been opened.

Police have also recovered an assortment of stolen property at the site.

He however said it was private property as it was operated by a number of people hence it’s not managed by the local authority.

“Some people being found dead on the railway line its believed the attackers resided at the truck stop hence we are glad if it has been closed,” he said.

NewZimbabwe.com learnt that when it was opened, the truck stop was meant to be a project aimed at empowering widows of victims of the Kamandama Mine disaster but had been hijacked.

Unconfirmed reports suggest that the proprietors forged some documents to appear as if the project was meant for the widows when it was a private business.