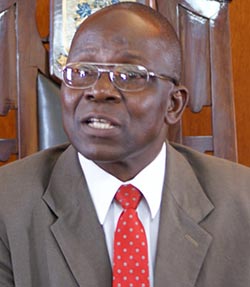 THE Bulawayo City Council (BCC) has been prejudiced of millions of dollars in unpaid rates by companies that folded due to the country’s economic meltdown.
Zimbabwe’s second largest city and one time industrial hub which earned the moniker, “Kontuthu Ziyathunqa” –  an Ndebele phrase for “a place that continually exudes smoke”, lost hundreds of companies in the last few years which either closed shop or relocated to other provinces.
This resulted in many empty factory shops which have since been taken over by charismatic churches, while most of the former employees are wallowing in poverty.
According to the latest council report, the local authority lost $ 3 407 727.19 in unpaid rates. The municipality is already faced with a huge financial crunch which has affected service delivery.
“The Acting Financial Director reported that the harsh economic environment prevailing in the country had forced the business community to either curtail production or close shop altogether and some concerns or businesses had been liquidated.
Most of these businesses or companies had rates and water accounts with the City of Bulawayo,” the report read in part.
The companies include Security Mills, Zimbabwe Sugar Refineries, Textile Mills, National Blankets and Radiator and Tinning, among others.
“The accounts were currently accruing interest at 6% per annum and prospects of recovering the outstanding balances were not good at all. It would be prudent in terms of accounting not to accrue interest on these accounts,” the report added.
Government has tried to come up with several solutions to revive Bulawayo industries including declaring the city a special economic zone.
A special economic zone (SEZ) is an area in which business and trade laws are different from rest of the country. SEZs are located within a country’s national borders, and their aims include increased trade, increased investment, job creation and effective administration.
Economic analysts believe that if Bulawayo is declared a special economic zone, it would propel the city back to its industrial hub status.
However, little has been done since government put forward this proposal in 2015. Advertisement