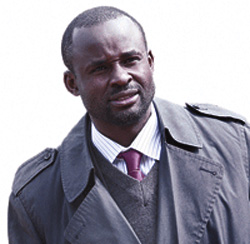 INDEPENDENT MP for Norton Temba Mliswa Tuesday kicked up dust straight in the face of Zanu PF Masvingo Urban MP, Daniel Shumba accusing the Mines and Energy Committee chair of demanding bribes from company executives who were not keen to appear before the committee for grilling.
Mliswa, also a member of Shumba’s committee, raised the complaint during Tuesday’s sitting where he further accused the former Zanu PF provincial chair of sidelining other committee members in decision making and operating as a “one man band”.
He singled out a case in which fuel dealer Sakunda Holdings’ CEO, Kuda Tagwirei failed to appear before the committee as per invitation by the committee after he allegedly paid the former army Colonel a bribe to secure his freedom.
“The whole aspect was that there were allegations that he had been paid some money for him not to appear,” Mliswa said.
He added: “We are under siege in that Committee; he spends more time talking and educating us but we equally have been provincial chairpersons and so forth. “We are not here to be educated but are here for procedure to be followed.”
Mliswa further accused Shumba of covering up some of his alleged misdemeanours through hiding behind the speaker and clerk of parliament.
He continued: “There are so many allegations of other companies who will come before us who have equally come to me.
“I will furnish you with their names; they came to me and said is this how you operate that your Chairman asks for money from us, he has got extortionist tendencies which are destroying this Parliament.
“I say this with evidence of being called and bringing these companies before you. I cannot name these companies in here but I am prepared to give you the names of the companies so that they appear before you.”
Mliswa further accused Shumba of intimidating the clerk of the mines and energy committee not to produce minutes of committee meetings which carried evidence of some of Shumba’s misdemeanours Shumba, who never interrupted as Mliswa fired brick bats at him, later tried to plead his innocence but was stopped by the Speaker.
But that was not before he had told Parliament Mliswa had an “insatiable appetite to upstage the Chair (Shumba)”.
The Speaker went on to urge equally disgruntled MPs sitting in Shumba’s committee to register their complaints in writing to the attention of the Clerk of Parliament who, upon failure to resolve the matter, should refer it to him.Advertisement

The Speaker also called for evidence to buttress their claims.