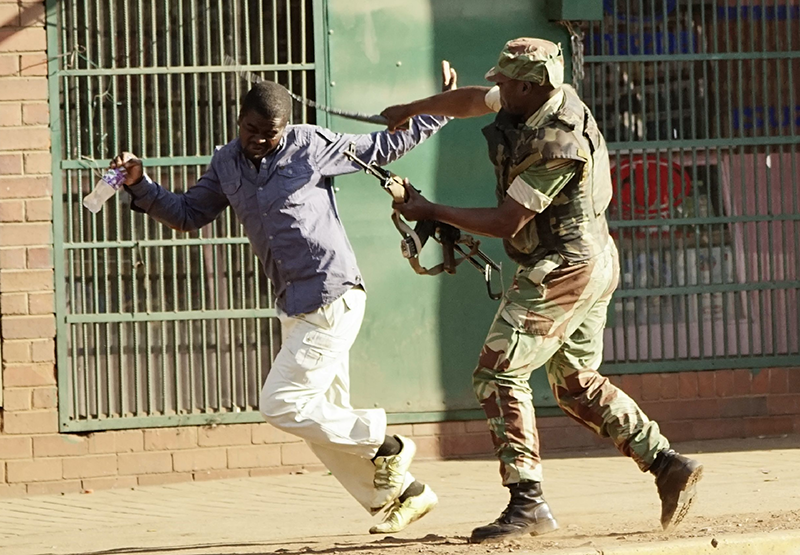 GOVERNMENT recently gazetted legislation facilitating the establishment of a Commission that will enable Zimbabweans to report misconduct by the security services but it’s unlikely the body will be established before the 2023 elections.

This concern was expressed by a legal and parliamentary watchdog which had to take government to Court to force implementation of section 210 of the Constitution by enacting a law to establish an independent complaints mechanism for receiving complaints about misconduct by members of the security service.

A process that started with the Constitutional Court challenge by Veritas in 2016 and a court order being granted in 2020, government last Friday finally promulgated the Zimbabwe Independent Complaints Commission Act.

However, Veritas said while the statute is now legally operational, “for practical purposes it is not yet operative because the Independent Complaints Commission cannot do anything until its members and staff have been appointed”.

The watchdog said the necessary steps needed to be urgently implemented to enable the Commission to become functional with cases of political violence already on the increases ahead of the 2023 elections.

Zimbabwe’s security services have been accused of helping the ruling Zanu PF party maintain its stranglehold on power by brutally crushing dissent and opposition protests.

In August 2018, soldiers opened fire on protestors in central Harare, killing at least six of them and causing injuries to scores more. Up to now, those responsible have still not been held accountable for their actions.

Below, Veritas what needs to be done to make the new Commission operational;

In addition the Commission will have to receive the funds it needs to pay its staff and carry out its functions.  The Office of the President and Cabinet is currently responsible for administering the Act, so the funds will have to come from that Office.

Funds have not yet been appropriated for the purposes of the Commission, so if the Government wants to get the Commission operational without waiting for approval of the 2023 Budget, then section 24 of the Public Finance Management Act [PFMA] provides a solution which could and should be adopted by the President.  Section 24 of the PFMA gives effect to section 306 of the Constitution and allows the President to authorise expenditure in advance of appropriation by special warrant to meet unforeseen expenditure.  Any money withdrawn under a special Presidential warrant must be included in additional estimates of expenditure laid before the National Assembly and, if approved, must be charged on the Consolidated Revenue Fund by an Additional Appropriation Act.

For next year, as for all the other Commissions, an appropriation will have to be made during this end of years budget consultations.

Elections will be held next year and already incidents of political violence are increasing.  Complaints against members of the security services are likely to increase too, and they will need to be investigated by the Commission.  It is therefore essential to get the Commission operative as soon as possible, so the steps we have outlined in this bulletin should be taken without delay.