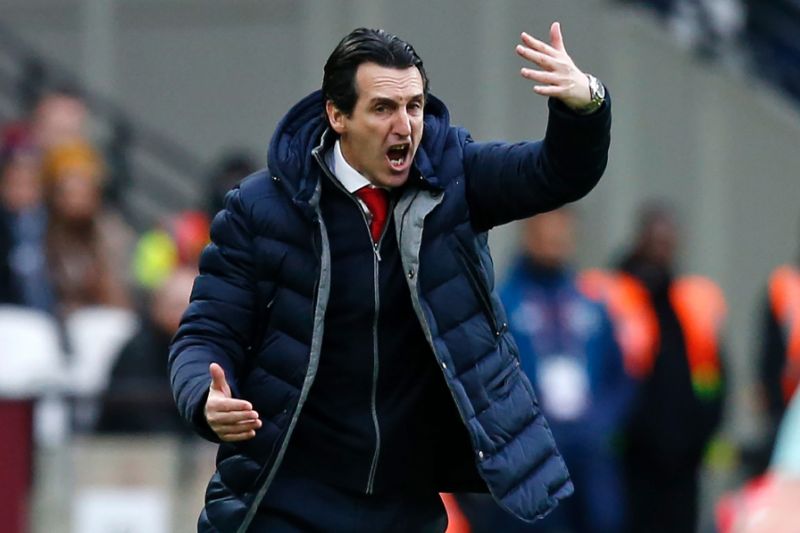 Unai Emery says his players are in dire need of a win to regain their confidence and reboot their challenge for a Champions League spot for next season.

The Gunners’ bid to return to the Champions League after a two-year hiatus has hit the rocks of late — Saturday’s 1-0 defeat by West Ham left them six points adrift of fourth-placed Chelsea.

Emery, who once again omitted 2014 World Cup winner Mesut Ozil from the squad despite his recovery from a knee injury, admitted confidence was low although they could go a long way to restoring it if they beat Chelsea at home next Saturday.

“Now it’s more difficult, it’s clear,” the Spaniard replied when asked if a top-four finish was still a possibility.

“I think the most important thing for us is to recover our confidence and be more competitive. We need consistency over 38 matches.

“Now it isn’t enough at the moment. West Ham was a bad result.

“If we can win today (Saturday) we are playing against Chelsea with a three-point maximum distance.

“This result makes that more difficult,” added the 47-year-old Spaniard.

Emery — who began the post-Arsene Wenger era with the club going on a 22-game unbeaten run — admits another cause for concern is their poor recent away form.

The Gunners have not won away in their last four league games, taking just one point from a possible 12.

“It’s our challenge,” Emery said of improving Arsenal’s away form.

“We are working on that.

“It’s also the opposition team. Like here (West Ham), for example, they are with their supporters, they feel good and strong and can push.

“We need to take more confidence, better performances collectively, being competitive away to change this moment.

“We started the season away well, being competitive and winning.”