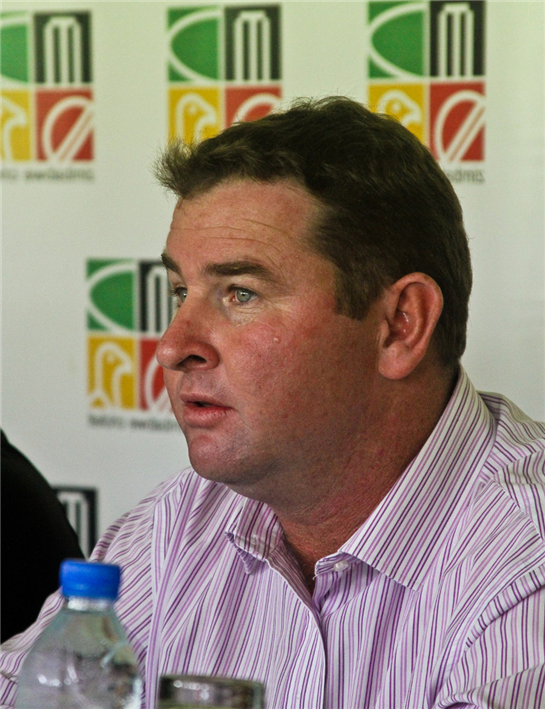 CONFUSION surrounds Zimbabwe’s upcoming tour to Pakistan with Zimbabwe Cricket (ZC) still in talks with its own government over security concerns.
Despite fixtures for the two T20s and three-ODI series being released and Zimbabwe naming a 16-man squad, the tour is yet to be approved by the Sports and Recreation Commission (SRC), the regulatory body for all sports in the country, or confirmed to the ICC.
On Thursday afternoon, Zimbabwe Cricket issued a press release saying the tour to Pakistan had been “suspended” on the advice of the SRC.
“Zimbabwe Cricket (ZC) has suspended the tour to Pakistan,” reads the statement.
The decision not to tour at this time has been taken after considering the advice from the country’s supreme sports regulatory authority, the Sports and Recreation Commission (SRC), which wrote to ZC saying that it had been advised against the tour by the Ministry of Foreign Affairs.
“We have consulted on the security situation in Pakistan with particular reference to your intended cricket tour of the country and have been advised that it would not be safe for the team to travel to Pakistan at this point in time,” wrote SRC director-general Retired Colonel Charles Nhemachena to ZC chief executive officer Wilfred Mukondiwa.”
Less than half an hour after sending that, ZC media and communications manager Lovemore Banda sent out an e-mail retracting the statement: “My apology Please do NOT run with the attached.
“Discussions are still ongoing and the final position will be announced as and when.”
ESPNcricinfo contacted Banda after the second e-mail was sent and he confirmed ZC was conducting meetings to make a final decision on the tour, which was expected later on Thursday.
Several insiders believe it is likely the tour will be cancelled on the SRC’s instruction even though ZC was said to be satisfied with the arrangements made for the 10-day visit.
Last week, a ZC advance delegation, including managing director of cricket Alistair Campbell, visited Pakistan and was given an extensive tour of the security measures at the Gaddafi Stadium and the National Cricket Academy, where the team was due to stay.
It has since been reported that Zimbabwe would stay at the five-star Pearl Continental Hotel. The Pakistan Cricket Board was reportedly going to spend US $500,000 on safety measures which included helicopter-monitored travel and 3,500 guards.Advertisement

Campbell, at the time, said he was “very excited” to tour the country and hoped it would spark a revival for cricket in Pakistan.
“I was fortunate to tour the whole country … but this is the start,” Campbell had said.
“We start here in Lahore, and hopefully in years to come we’ll come back and play in the rest of the country, and resume normal relations with Pakistan.”
All that came before a bus attack in Karachi on Wednesday morning which killed 43 people and brought security concerns to the fore.
Although Zimbabwe’s tour was to be exclusively played in Lahore, with Karachi ruled out as a venue because the PCB could not guarantee a safe passage from the hotel to the ground in that city, the overall situation in the country is of concern to Zimbabwe’s government, among others.
The international player body, FICA, also cautioned Zimbabwe against touring Pakistan after their own security report deemed the risks of visiting the country “unmanageable.”
Several of Zimbabwe’s own players anonymously voiced concerns as well, although they have all been in training and were all available for selection.
Zimbabwe named a squad of 16 including six returnees and one new cap as they hoped to usher in the post-World Cup era with a mix of experience and youth. Those cricketers might have to wait until India’s three-ODI visit to the country in July.
The ICC is awaiting official confirmation of the series from both the PCB and ZC before they will make a decision on whether they are sending match officials.
But they have made provision in the bylaws that the PCB can use its own match officials if the ICC is not satisfied with the level of security for its own officials.