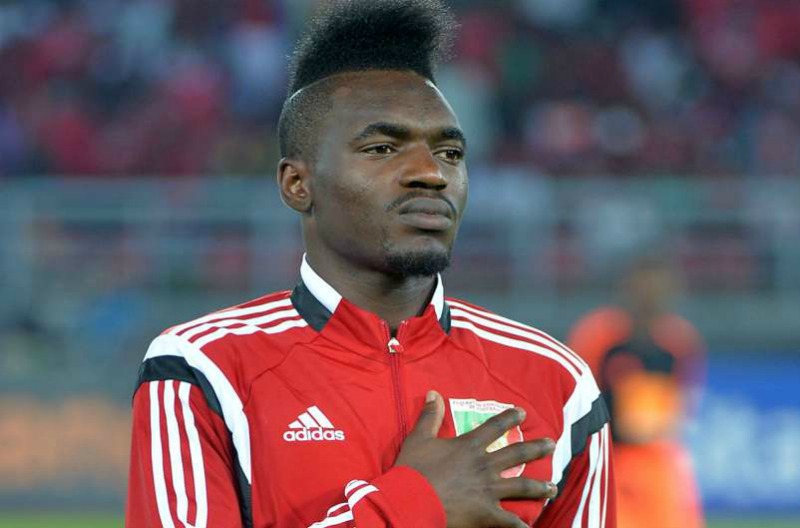 ZIMBABWE senior men’s football team would be happy to hear that their Congolese opponents in Sunday’s African Cup of Nations Group G qualifier would be without their Turkey-based star striker Thievy Bifouma who missed his flight from his European base.

Bifouma, who plays for Turkish club MKE Ankaragücü, is the Warriors’ opponents’ latest high profile player to be ruled out of the crucial encounter set to be played at the Alphonse Massamba Debat in Brazzaville.

He was expected to form part of the Congolese attack as they seek their first win of the campaign.

The 26-year-old experienced player, who can play as a right-winger and a striker, has played for several clubs including Espanyol, Almeria, Granada, West Bromwich Albion and Las Palmas.

He becomes the latest Congolese star to be ruled out of Sunday’s clash.

The Central Africans, just like their Zimbabwean opponents, will have to do without some of their key players.

Already Congo are without their regular skipper Prince Oniangue who plays for Caen in the French Ligue 1 side and his deputy Delvin Ndinga of Turkish club Sivasspor due to injuries.

Congo’s Brazillian coach Valdo Candido de Oliveira Filho was also forced to leave out other stars such as striker Dylan Louis who is one of the top scorers in the French Ligue 2 and versatile midfielder Jordan Massengo who plays for Belgian division one side Saint-Gilloise after the duo asked to be excused for the match.

The Warriors will go to Congo searching for a win that would enhance their chances of making it to the finals as one of the two qualifiers from their group, having kicked off with a 3-0 win over Liberia last year.

Zimbabwe currently sit on top of the group, only due to a superior goal difference compared to the Democratic Republic of Congo (DRC), who are in second spot having beaten Congo Brazzaville 3-1 in their first match of the qualifiers.

Just like Congo, who will be without most of their foreign based stars, the Warriors technical team headed by Sunday Chidzambwa has also been met with frustrations over the availability of Europe-based players that have Zimbabwean roots and want to represent the country.

The England-based duo of Tendayi Darikwa of Nottingham Forest and Bradford City’s Adam Chicksen together with Germany based Kelvin Lunga have already been ruled out for the Afcon qualifier after Zifa failed to secure their travel documents on time.

Captain Knowledge Musona, based in Belgium, and Alec Mudimu, who plays in the Welsh top-tier, are the only Europe-based players in the Warriors squad after Czech Republic-based defender Costa Nhamoinesu and Belgium-based midfielder Marvelous Nakamba were ruled out due to injury.

Bustling striker Nyasha Mushekwi, who is enjoying a good run of scoring form in the Chinese top-flight, is also unavailable due to injury.