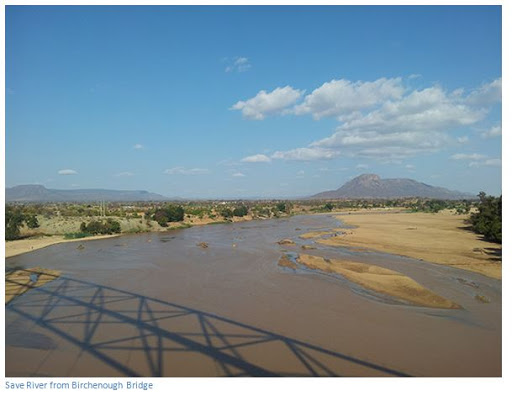 Save River
Spread This News

A MINOR from the Democratic Republic of Congo (DRC) living at Tongogara Refugee Camp in Chipinge drowned in Save river recently and his body is still missing.

Police confirmed the incident, saying the now deceased Kudakwashe Muronda (8) of 316 Section 3 Tongogara Refugee Camp, Middle Sabi, Chipinge was in the company of Emmanuel Zege (12) when the incident took place.

“The missing person was seen drowning in the river where he was swimming with other children. Zege tried to help him but he drowned and disappeared in the water,” said the police spokesperson.

A report was made to the police and they attended the scene.

“Searches were made by the sub-aqua unit but Muronda’s body was not found till today,” said Chananda.

He called on parents not let their children swim on their own in rivers as they risked drowning or attack by wild animals such as crocodiles and hippopotamus.

“As police, we are urging members of the public not to allow children to swim alone,” he said.