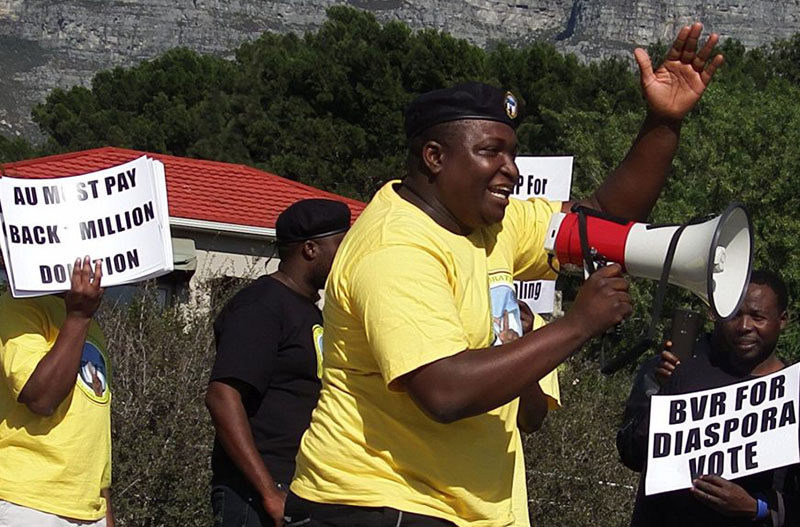 HARARE: THE Constitutional Court on Wednesday ruled that Zimbabweans living outside the country cannot vote in elections set for July 30 this year.

This comes after some Zimbabweans based in the Diaspora, represented by the Zimbabwe Lawyers for Human Rights (ZLHR), had brought an application before the court arguing that the new Constitution adopted in 2013 entitled them to vote from outside the country.

The application was raised by three Zimbabweans living in South Africa and the United Kingdom.

They were seeking an order compelling the government and the Zimbabwe Electoral Commission (ZEC) to facilitate the amendment of the Electoral Act and enable Zimbabweans living in the diaspora to vote.

Led by South Africa-based attorney Gabriel Shumba, the applicants wanted the top court to compel Justice Minister, Ziyambi Ziyambi, ZEC and other respondents to facilitate the amendment of the Electoral Act, (Chapter 2:13).

Further, the respondents would also have had to put in place appropriate measures to enable Zimbabweans living and working abroad to participate in the country’s electoral processes.

However, Deputy Chief Justice, Elizabeth Gwaunza, in the presence of the full Constitutional Court bench, said she did not find any merit in the application.

Belinda Chinowawa of the ZHLR said they were “naturally disappointed” with the verdict.

“We believed that as long as our clients, who are Zimbabwean citizens over the age of 18, who were not convicted of any electoral offences, firmly had a right to vote and that their residence in other countries should not have denied them that right.

“We are disappointed but we will only be able to form a proper opinion after reading the full judgment of the court,” she said.

Zimbabwe’s current voting system is polling station-based and demands that voters be resident in the country and cast their ballot at a specific polling station allocated in terms of where they reside.

It also allows those on government service outside the country to vote.

Proponents of the Diaspora vote had been arguing that this same right should be extended to those not in government employment but living in the Diaspora.