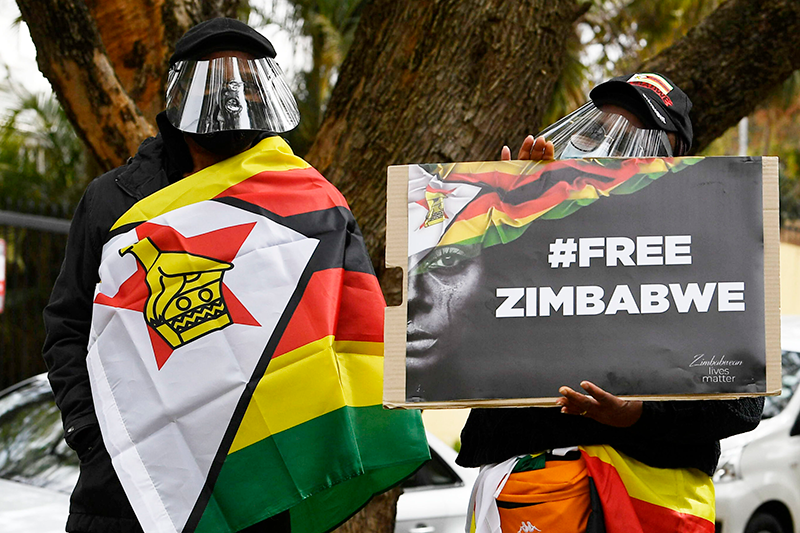 Economic freedom has impeccable outcomes, but not before there is effective democracy, rule of law and constitutionalism.

There is irrefutable evidence that freedom – economic or political – has strong bearing on quality of life.

Human beings are like air surrounded by a vacuum – we have a natural propensity to “break out and be free”.

What we know is that there can never be true freedom in the absence of effective, liberal democracy.

The problem occurs when we attempt to make “constitutional democracy”, and freedom synonymous.

I have previously cautioned “democrats” to consider the Zimbabwe example, where political independence faltered in bringing political freedom despite three “democratic constitutions”: at Lancaster in 1979; Constitutional Commission in 1998 and the select committee of parliament on the new constitution in 2009.

Yet those in power and their lapdogs still argue Zimbabweans are (meant to be) fully enjoying both political and economic freedom.

When one considers the natural outcomes of a democratic free country as expounded by the index published in Economic Freedom of the World (EFW), measuring it against Zimbabwe’s standards becomes an exercise in futility.

At first glance, it seems like a daunting task for any one country to assume a high rating. But who said delivering liberal democratic outcomes would be easy?

In essence, it means political parties like the Zimbabwe African National Union – Patriotic Front (Zanu-PF) and the ANC, whose provenance is embedded in nationalist socialism, no matter how hard they try, cannot pass the EFW test of economic freedom.

This is why even though our constitutions are generally considered “democratic”, we remain languishing in the third “least free” quartile on the index.

Between 2009 and 2013, I was part of a team which re-crafted the Zimbabwe constitution. It drew the usual coterie of critics – for good reason – but produced commendable results under difficult political circumstances.

Though, even with an overwhelming support in the ensuing 2013 referendum, one cannot still argue the constitution was beyond reproach. For starters, it emerged with controversial and self-contradicting “property culture” clauses, never mind the seemingly sweeping executive powers that somehow subdued the peer review capacity of parliament and the judiciary.

Yet, on the whole, we did manage to capture the spirit of democracy.

Without a complementing law and leadership capacity with a willingness to adhere to constitutionalism, the $60 million (about R1 billion) invested in the process went to waste. Especially in attempting to respond to a basic question: to what extent are Zimbabweans free? The oppression fault lines are crudely exposed.

Economic freedom has impeccable outcomes, but not before there is effective democracy, rule of law and constitutionalism.

Just like his predecessor Robert Mugabe, President Emmerson Mnangagwa has been lethargic in putting in place the right legislative instruments. The symptoms and consequences are apparent.

Immigration is mainly outbound with little inbound tourism because of the country’s high-risk status. Productivity cannot quench the thirst for employment, hence the economy being 90% informalised.

We all know what this does to the balance of payments. A weak currency and depressed foreign direct investment factor subdue domestic consumption and savings which leaves the population vulnerable to hyperinflation.

High interest rates discourage entrepreneurial innovation, thus there is a high burden and expectation placed on government to provide jobs. This expectation results in dissent, pointing toward perennial internal conflict.

Political opposition is constantly intimidated and, at worst, its leaders incarcerated without bail.

There is always some form of social unrest with health and academic sectors constantly on industrial action.

Zimbabwe’s human rights record has violated all regional, continental and global protocols to the extent that both the US and European Union have refused to lift sanctions.

If you consider the astronomical levels of corruption, you would wonder why a “police state” and numerous other state institutions are struggling to turn the tide against cartels and ruling party acolytes.

Despite Zimbabwe being classified as resource rich, its citizenry is highly impoverished with high levels of inequality.

The Mnangagwa regime is quick to explain that poverty is a result of “illegal Western economic sanctions”.

On the other hand, independent observers and opposition elements attribute it to bad policies, lack of rule of law, corruption, weak parliament and weak institutions of national corporate governance.

Liberals look at what level of EFW the country is perched.

By understanding the nature of economic freedom, one’s question will be answered on why Zimbabwe is listed as one of the least free countries in the world.

Rejoice Ngwenya is founder and executive director of the Coalition for Market and Liberal Solutions in Zimbabwe, and a contributing author for the Free Market Foundation.