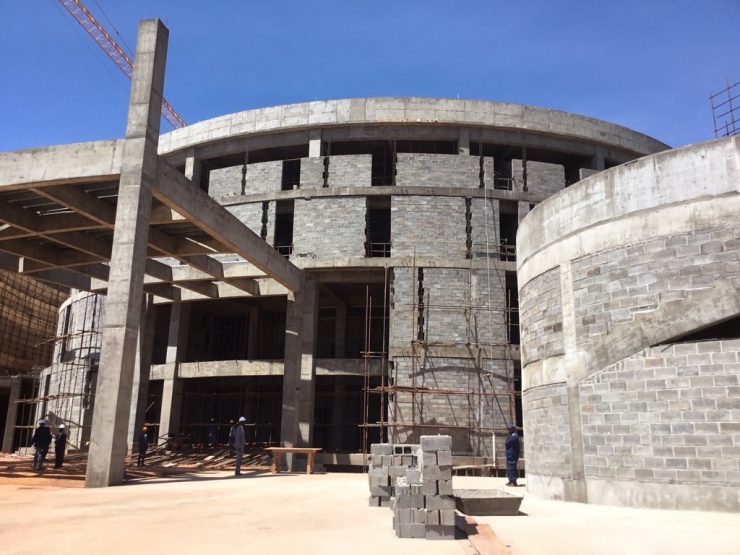 The new Parliament Building under construction in Darwendale
Spread This News

CONSTRUCTION Industry Federation of Zimbabwe (CIFOZ) has bemoaned the awarding by the government of multi-million US dollar national infrastructure projects to foreign companies at the expense of local contractors.

The government has in recent years awarded major infrastructure projects such as the US$500 million Kariba South Power Station and the expansion of the Hwange Power Station to China’s Sino Hydro.

However, the government has justified overlooking local companies saying they had no adequate machinery, expertise and capital to undertake the massive projects.

“That analysis is not very fair. If one considers the history of most of the infrastructure in the country, we will conclude that they were undertaken by locals,” he said.

“What is lacking now are equal opportunities for the locals. We have the right capacity, expertise, but foreigners have enjoyed the advantage due to limited competition.”

Chimedza added the evolving new technology demanded that local construction companies should be getting expertise from others, and this can only be achieved through support from the government.

“Locals have conducted good projects of international acclaim. They, however, need support to retool and modernise as this will shorten the time of completing the works.”

Last year, Transport Minister Joel Matiza told delegates at the South Africa, Zambia and Zimbabwe Infrastructure Summit in Victoria Falls that his government’s over reliance on foreign investors was partly to blame for the country’s failure to rehabilitate its road network.

The government has since promulgated Statutory Instrument 219 of 2020 instructing local councils to award tenders under specific thresholds to Zimbabwean-owned companies only.

The policy will be applicable for contracts worth between US$20 000 and US$5 million for construction works.