CONSUMER Council of Zimbabwe chairperson Phillip Bvumbe has expressed doubt on the real strength of Zimbabwe’s RTGS dollar which was Friday pegged at $1:2.50 by the Reserve Bank of Zimbabwe (RBZ).

He was speaking to NewZimbabwe.com on the side-lines of RTGS$10 000 donation by the Grain Millers Association of Zimbabwe (GMAZ) to facilitate public hearings of the Consumer Protection Bill.

The RBZ last Wednesday elevated the bond note and RTGS balances to a fully-fledged currency.

Bvumbe said the US dollar was in fact 20 times stronger than the bond note contrary to its current value as assumed by authorities.

He said it did not make economic sense for a struggling economy such as that of Zimbabwe to have a stronger currency than that of South Africa, which has properly functioning systems.

“There is a misnomer in terms of the rate of exchange,” he said.

“The South African Rand is 1:14 to the US dollar. If you make a comparison of the two economies, South Africa has a better economy as compared to Zimbabwe. Yet our Bond Note is stronger than the Rand.

“It does not make sense. We are waiting to see how the market reacts. I do not see it remaining at 1:3 or 1:4 with the US dollar.” 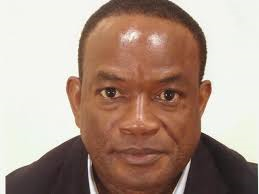 Asked on what he thought the real value of the RTGS was, Bvumbe said it could go as low as 1:20.

“I think maybe 1:20 but my guess is as good as yours; I do not see us, having a non-functioning economy which is not better than South Africa having a much stronger currency than South Africa. It does not make economic sense.”

Central bank governor John Mangudya Wednesday floated the Bond Note on the open market to trade as a currency against other international currencies.

Mangudya conceded that the Bond Note, which had been pegged at 1:1 against the US dollar as late as Wednesday morning, had been devalued by the black market which is currently placing it at between 1:3 and 1:4.

“We are not very sure of what is going to happen, already signs were showing that we are in as hyperinflationary situation,” Bvumbe said.