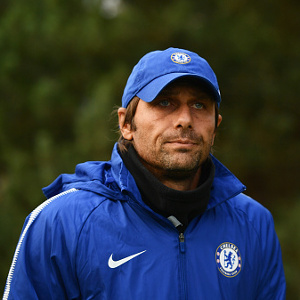 LONDON: Chelsea boss Antonio Conte said on Thursday he would welcome January reinforcements to help the club cope with their domestic and European commitments.
The manager has often spoken of the difficulties of balancing the demands of the hectic fixture schedule with his small squad.
“If there is the possibility to improve the squad numerically it would be a good choice,” said Conte, who led Chelsea to the Premier League title last season.
“I’m ready to continue to play with all these players. They are showing me great commitment, great behaviours.
“At the same time if there is the possibility to improve our squad, I think the club will try to do this.”
Chelsea, third in the Premier League and through to the semifinals of the League Cup and the Champions League knockout stages, will be without club record signing Alvaro Morata at Everton on Saturday.
The 25-year-old, a summer capture from Real Madrid, is suspended after collecting a fifth yellow card of the season.
He celebrated his decisive goal in Wednesday’s 2-1 League Cup quarterfinal win over Bournemouth by putting the ball under his shirt in reference to his wife’s pregnancy. The Spain striker also sucked his thumb.
Morata avoided sanction from referee Lee Mason but then kicked the ball away, prompting the caution and Conte to give him a mild ticking-off.
“It’s a pity, but we have to accept the decision, to try at the same time in the future to pay great attention,” said Conte, who described Morata’s absence as a “big loss”.
Conte is contemplating his options for the Everton trip, with Marcos Alonso available following his own ban.
But it appears likely he will deploy Eden Hazard as a “false nine” following Michy Batshuayi’s underwhelming performance against Bournemouth.
Chelsea were drawn to play London rivals Arsenal in the two-legged League Cup semifinals.
The Gunners beat Premier League champions Chelsea in May’s FA Cup final to deny Conte the double in his first season as boss but the Italian dismissed suggestions of revenge.
“Revenge? When you face a big team, anything can happen. In this case Arsenal deserved to win the trophy,” Conte said.
“This is a big game for us, a big game for Arsenal. When you reach the semifinal you must be ready to face big teams.”Advertisement